The Dunedin City Council’s chief executive says the council is actively progressing consents to extend the life of the Green Island landfill, even though no decision has been made to do so. 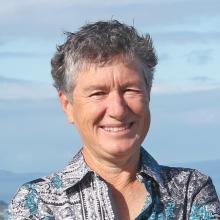 Nevertheless, waste and environmental solutions group manager Chris Henderson said this week the council had not decided whether it would seek to extend the landfill’s use-by date of October next year.

The council’s consent to operate the landfill at Green Island expires in October next year and to replace it the council has applied to build a new one south of Dunedin, near the community of Brighton.

Commissioners asked the council about the work under way to sort out an interim solution, because it would take two or three construction seasons to establish a landfill at Smooth Hill if consent was granted.

"We are actively progressing consents to extend the life of Green Island on the existing footprint," Ms Graham said at the time.

She deferred to Mr Henderson when asked about the duration of those consents.

Mr Henderson subsequently stressed his answer was an "estimate" only.

"That’s a very interesting question," he said at the time. "I would imagine that five to six years would be my estimate at the moment."

This week Mr Henderson told the Otago Daily Times no decision had been made about extending the landfill’s present use-by date.

"We have previously indicated the Green Island landfill has capacity to operate for another six to eight years within its existing footprint, depending on volumes received," Mr Henderson said via a spokesman.

"Council has yet to make a decision on whether we will seek to extend the landfill operation past 2023.

"The landfill will need new consents regardless of whether its operation is extended or not, and these will include the final closure of the landfill and pest control."

His evidence to the commissioners said the council’s 1990s site selection for the city’s next landfill reduced a list of 32 possible sites to 11 then down to a short list of five.

Ultimately two options remained, the proposed landfill at Smooth Hill, or an extension of the Green Island landfill. Smooth Hill was chosen.

Later, in 2019, Stantec investigated expanding the footprint of Green Island, but found it would require landfilling waste over the main sewer pipework into the Green Island wastewater treatment plant to a depth of about 25m.

A landfill footprint expansion would make future maintenance of the main sewer pipe extremely difficult and could even result in pipe collapse.

For that and several other reasons they concluded an expansion of Green Island was not a suitable medium-term landfill option.

The council’s counsel, Michael Garbutt, said the short answer was that the council was investigating the short-term option of extending the discharge consents at Green Island.

"Any consent [application] would obviously be lodged preferably early next year prior to the lapse of those consents in October of next year."

Hearings for the Smooth Hill landfill application have been adjourned for more than three weeks after commissioners asked the council to assess the public health risks that potential contamination from the landfill could pose to Otokia Creek which meets the sea at Brighton Beach.

The council is also due to respond to submitters’ concerns.