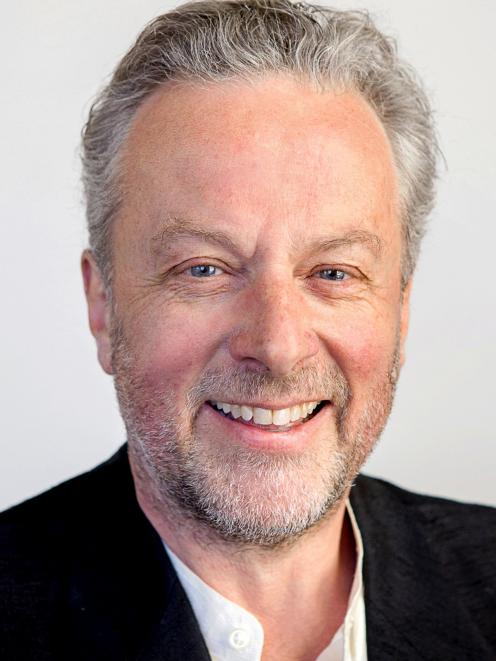 Lee Vandervis
Accusations of electioneering have already been directed at one Dunedin city councillor as debate on the council's 2019 budget began yesterday.

In did not take long for councillors to take a stand on the increased spending included in the draft plan.

Chief executive Sue Bidrose outlined what the council would be getting for the $311 million it planned to spend on operations in the 2019-20 financial year.

There was also a planned spend of $111 million for capital programmes which incorporated projects such as the LED street light project and roading and footpath work, Dr Bidrose said.

In a response to the draft budget, Cr Lee Vandervis said any business in the ''real world'' in a similar financial situation as the council would be shedding staff rather than taking on more, increasing costs and spending more.

The reason given for the council adding more debt, increasing charges and employing more staff were not justified, he said.

''We here around this table don't represent staff, although you wonder sometimes, the way some councillors speak.

''We are here to represent the people who pay the staff and want to get value from the staff.''

He encouraged his fellow councillors to vote against all increases and if they did vote for them to make a ''rational'' argument for them.

One by one, almost all of them outlined why they thought he was wrong and why they supported the draft plan.

Directing his response at Cr Vandervis, Cr Damian Newell said those opposed to the plan should worry about the budget in front of them rather than the election later in the year.

Cr Kate Wilson said council had already paid off a ''substantial'' amount of debt in the previous years and for Cr Vandervis to say the council had huge debt undermined the work which had been done previously.

''I think it would be absolutely improper for anyone to vote down what this council has already said it wants to do in the long term plan last year.''

Both Crs Jim O'Malley and Chris Staynes said the council was not in danger of becoming one of the most expensive cities in New Zealand as all spending had been carefully considered.

Being fiscally responsible was only one part of the council's role, Cr Marie Laufiso said, and the council also had a responsibility to serve the community and its staff.

Cr Christine Garey said councillors should hold their nerve and invest in making Dunedin a vibrant and livable city, which is why they were elected.

Later yesterday, Cr Vandervis was criticised again as he noted the council's ''massive planned stormwater underspend'', which he said was forecast to continue until 2024.

Cr Vandervis persisted, saying he had ''no confidence'' the changes would address the shortfall, prompting Mayor Dave Cull to tell the councillor: ''You are not either listening or not telling the truth.'' If Vandervis is 'electioneering', more power to his elbow I say. Like most councils, the DCC is out of control.

If councilors believe a no vote is just electioneering, then they must believe that a yes vote is going against the wishes of the majority of the voters. I for one am looking forward to trying to vote Cull and his flock of sheep out. Bhaaa!

Councillor Vandervis is most certainly not alone, if fact support for him on this issue may well exceed that of the Mayor and the balance of Councillors. At a time we are looking for rational, pragmatic and independent local government leadership we have a gaggle of Councillors, many of whom rely upon the DCC for their bread and butter income, unwilling to bat for the welfare of ratepayers. Us ratepayers are looking for efficiency and productivity before the mass induction of a whole lot of people we don't really have a need for, either permanently or temporarily. The only positives in this article are that Councillor Vandervis is at least asking the hard questions and the timely reminder it is election year. Putting down a contrary opinion by attacking the person as was done in this article by the Mayor and others instead of introducing a rational counter helps to identify who not to support.