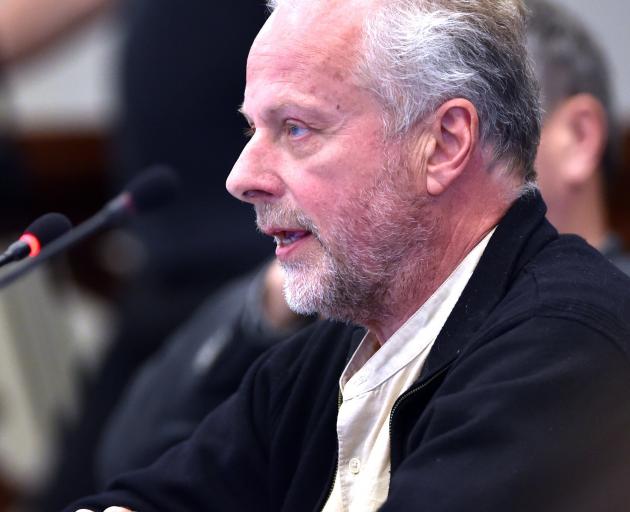 Cr Lee Vandervis.
Dunedin city councillor Lee Vandervis wants to take his own council to the Supreme Court, it has been confirmed.

The councillor was censured after he was found to have breached the Dunedin City Council's code of conduct in 2019 when he confronted a staff member about what he believed was inadequate parking signage.

Cr Vandervis argued an investigation into his conduct was flawed and the censure was unjustified.

He went to the High Court to seek a judicial review, which was declined, and then his attempt to have the council's decision set aside by the Court of Appeal was unsuccessful.

Now he is seeking leave to take the matter to the Supreme Court.

An application was filed by his legal counsel last week, the Supreme Court confirmed.

His lawyers would have 20 working days to file material making their case for leave to be granted.

The council would have 15 working days to respond.

If leave is granted, there might then be a substantive hearing.

A council spokesman said it was aware Cr Vandervis has applied for leave to appeal the case to the Supreme Court.

The council intended to exercise its right to respond after Cr Vandervis filed written evidence.

The incident at the heart of the case took place on September 13, 2019, after he received a $12 parking ticket, unaware he had parked in a 30-minute zone.

The customer service staff member who dealt with Cr Vandervis emailed then council chief executive Dr Sue Bidrose the next day to make a formal complaint over his conduct.

That resulted in David Benham being brought in to independently investigate.

He decided after a preliminary assessment that the complaint warranted a full inquiry and he gave his results to the council after interviewing relevant parties.

Cr Vandervis argued the complaint made by the council staff member was invalid because only the chief executive could decide to do so under the code of conduct.

The council previously confirmed a third party had paid the $12 ticket.