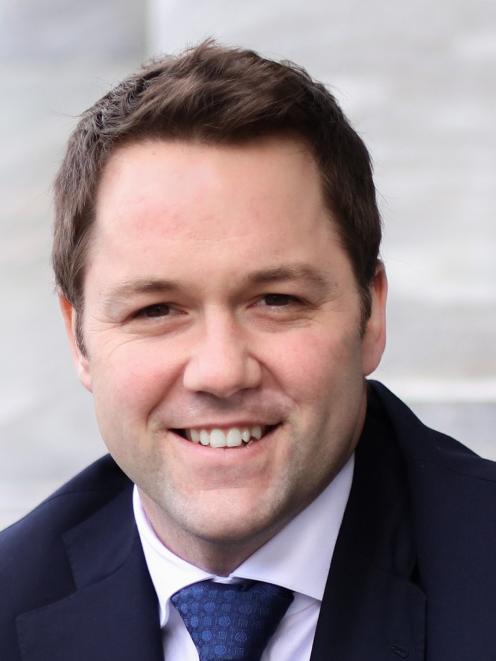 Mr Walker has waded into the issue, which hit the headlines in November after the council-owned company revealed a three-year, $400million programme to tackle ageing electricity infrastructure in Dunedin, Central Otago, and Queenstown.

That would come with power price hikes of up to $500 a year for some customers.

Mr Walker has joined calls from Queenstown Lakes District Mayor Jim Boult for the Dunedin City Council to invest in the network, saying the council should have reinvested dividends from Aurora in previous years.

But Dunedin Mayor Aaron Hawkins said if investments in the network had been made earlier, the costs would have hit consumers in the pocket sooner, through lines charges.

"A business like Aurora should have strategies in place to upgrade infrastructure so rises like this are not required to happen so dramatically," Mr Walker said.

While upgrades were needed, they should not be the responsibility of consumers, he said.

"The Dunedin City Council needs to front up and cover the costs — they were the ones who have benefited from the dividends, so it’s time they invest in the upgrades as they should have in the first place."

He was being "inundated" with phone calls from people concerned about the issue, he said.

"Aurora needs to come back to consumers with a much lower increase over a longer period of time to enable households to be able to cover these costs."

Mr Hawkins said if Mr Walker "could have just picked up the phone and called".

"Like anyone else, I encourage him to make a submission outlining his concerns during the public process," he said.

The issue was about more than deferred maintenance, he said.

"It’s about future-proofing the network to be able to support our zero carbon transition.

"Electrifying the vehicle fleet, for example, can’t happen without the infrastructure to support it."

Mr Hawkins did not answer a question about whether he would be open to the council investing in Aurora’s network in the future.

"I do agree with him that electricity prices are too high for some people, and [former National Party minister] Max Bradford’s failed market competition experiment can take some credit for that.

"This is why, with the support of the mayors around the region, we’ve asked for any penalties the High Court imposes on Aurora for non-compliance be reinvested in energy efficiency projects across the Aurora network area."

"It’s about future-proofing the network to be able to support our zero carbon transition.
"Electrifying the vehicle fleet, for example, can’t happen without the infrastructure to support it."

There is the answer to this issue then.
EVs already avoid contributing to the roads they use so surely it is only proper that they contribute to the infrastructure upgrades that is required to fuel them.
Otherwise, forcing us lowlife carbon emitters to further subsidise the morale elites, that can afford such things, will result in us peasants showing how revolting (pun intended on all levels) we can be.

I doubt that anyone had considered the case you have risen in regard to EV's and road maintainance. Although, many in the past have been quick to point that out in regards to cyclists. And indeed, they will become a burden on our power generation. We've seen shortages in the past due to climate and system failures. However, the powers that be will not support a tax on EV's to cover power upgrades and roading, not at this stage anyway. simply due to the fact the Green parade want to see as many EV's out there as possible. Neglecting of course the enviromental damage done by Lithium mining and considering the fact that children work in the Cobalt mines. Those facts don't seem to bother the morale elite as you describe.

Aurora is a business. Shareholders fund increases in the value of the assets base and get depreciation to offset maintenance so it is not the customer that pays for the increased asset base. If we, the customer, are to pay that is to say buy the asset for them, then we should get the depreciation - that is to say decreasing costs for power as the asset base is depreciated on the books. Can no-one manage this company in line with standard business and tax practices?

You've nailed that square on the head.