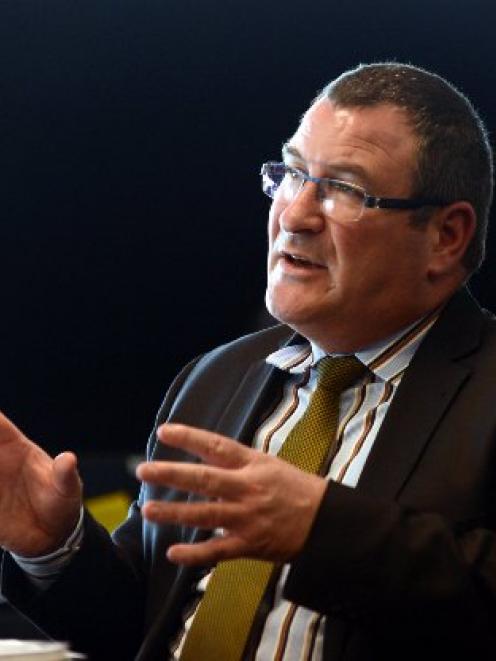 Kallum Croudis
Changes have been made to Dunedin policing after the deaths of Bradley and Ellen Livingstone.

Dunedin police failed Katharine Webb and her children Bradley (9) and Ellen (6), the Southern district's top policeman acknowledged yesterday, during the second day of the inquest into the deaths of the children and their father, Edward Livingstone.

Southern District commander Superintendent Andrew Coster said changes had been made after the deaths to the way Southern police handled cases of family violence and adult sexual assault.

Livingstone shot Bradley and Ellen in their beds on January 15, 2014, in the St Leonards home the children shared with their mother. He was found dead in the bedroom he formerly shared with his estranged wife, Ms Webb. A shotgun was found next to his body.

In the months before the death, Livingstone had twice breached a court-ordered protection order preventing him from contacting Ms Webb.

Police granted Livingstone diversion for the first of those offences, against national policy.

''The prosecutors were acting on the mistaken belief that a prosecutor could authorise diversion for minor family violence matters to a particular level,'' Supt Coster said.

''It is accepted that the prosecutor was wrong.''

Following that mistake, a national audit was conducted and uncovered six occasions when diversion was granted for protection order breaches.

Supt Coster had overseen changes as a result of the audit.

They included the creation of an adult sexual assault squad in Dunedin, a more objective approach to investigations and a willingness to progress investigations involving reluctant victims.

''I am confident that the Southern police district now has the structure and processes in place to ensure family violence and sexual assault victims receive the highest level of service,'' Supt Coster told Chief Coroner Judge Deborah Marshall.

Earlier in the day, Detective Senior Sergeant Kallum Croudis said multiple failings contributed to a situation where Livingstone was able to kill his children.

In May 2013, Livingstone trapped Ms Webb in their bedroom and raped her over a period of five hours, even as their distraught daughter banged on the door.

Police were made aware of that information when they attended an incident at the residence on May 27, 2013.

Mrs Stevens asked if it was possible Livingstone could have been imprisoned for rape if police handled the investigation better, he replied: ''It's possible - it's probable, even''.

When asked why police did not pursue an investigation into the rape despite Ms Webb's reluctance, considering the seriousness of the offence, Det Snr Sgt Croudis replied: ''That would have been putting the cart before the horse''.

''This cart was busy telling everybody, including his colleagues at work, that he had raped his wife,'' Mrs Stevens rebutted.

''It certainly could have been done better,'' he conceded.

On August 7, Livingstone breached the order for the first time.

While reporting the matter to police, Ms Webb presented a number of empty bullet cartridges which Livingstone had given to Bradley and Ellen during an earlier supervised visit.

Police disposed of the cartridges and did not take the matter further, a decision which was flawed, Det Snr Sgt Croudis said.

Police never interviewed Livingstone about his access to firearms, despite the cartridges being presented to police.

He had collected the cartridges when he sighted a rifle with his one-time flatmate Philip Mans.

Ultimately, it was one of Mr Mans' firearms that Livingstone used to kill his children.

Livingstone stole the Stoeger shotgun from Mr Mans' firearms cabinet, using a key to Mr Mans' Milton house which was stolen at an earlier date, the court heard.

It was unclear which child was shot first, but Ellen died from a single shotgun wound, while three discharges were apparent in Bradley's body, Det Snr Sgt Croudis told the court.

Ms Webb became distressed as details of the children's deaths were read out.

He admitted the arson conviction to police while being held in custody following his first breach of the protection order.

Despite this admission, he received diversion and his criminal history was not followed up until he breached the order again.

Yesterday, the court also heard testimony from Barnardos Dunedin receptionist Donna Rowe, who saw Livingstone at the supervised visit with his children, only hours before the killings.

He appeared ''quite relaxed and happy'', she said.

''There was nothing I can see that indicated he was going to do what he did later that night.''

Earlier in the day, a witness told of her concerns about Livingstone's behaviour towards Ms Webb and Ms Webb's neighbour Melanie Foot.

Livingstone was ''obsessive'' about his estranged wife, the witness, who cannot be identified, said.

His ''creepy'' behaviour had caused concern for the witness.

''It was nothing he said or did. It was just his manner.''

The hearing continues today and is set down to finish tomorrow.