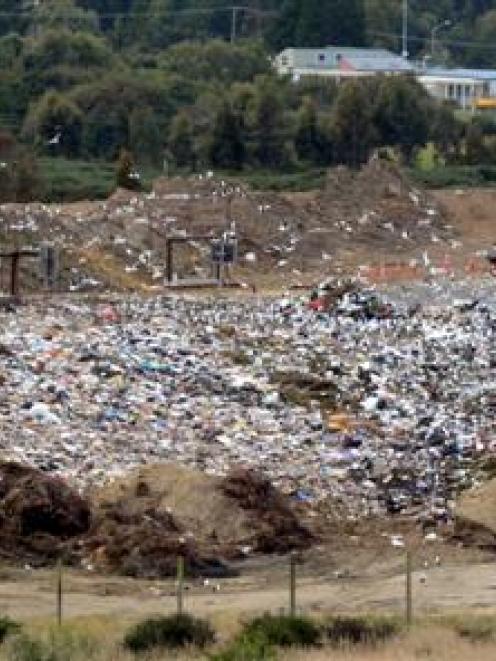 The move came after last-minute uncertainty over the costs and implications of options for the landfill at yesterday's 2014-15 annual plan deliberations.

Councillors had, earlier this year, voted to consult the public on adding a second weighbridge at the Green Island landfill, following an outcry over the end of discretionary charges earlier this year.

The proposal, together with landfill charges for the coming financial year, were subsequently released for public consultation.

However, council staff had since discovered charges needed to rise by more than indicated to avoid a $467,000 shortfall.

That was confirmed after staff asked all vehicles to use the landfill's existing weighbridge - normally reserved for commercial users - as part of a three-day trial testing the impact of a second weighbridge.

The extra data confirmed 63% of all landfill customers would be better off if a second weighbridge was added, but also revealed the expected shortfall, council solid waste manager Ian Featherston said.

Councillors were being asked to approve the increased charges yesterday and decide whether to proceed with a weighbridge or not.

However, Cr Kate Wilson said the prospect of approving fee increases the public had not been consulted on caused her ''huge angst''.

''I'm not sure we're actually in a position to make a decision today, because it lacks robustness,'' she said.

Dunedin Mayor Dave Cull agreed, saying more information on the costs and implications of each option, including their effect on any council shortfall or surplus, was needed.

That was despite council group chief financial officer Grant McKenzie revising the estimated shortfall down yesterday, to about $380,000, ''all other things being equal''.

Mr Featherston, responding to questions, said the city's landfill fees ''tended to be at the bottom end of the market'', compared with other centres, when last studied about 18 months ago.

He also doubted higher fees would encourage illegal dumping, saying those paying less would be those typically arriving with smaller loads.

However, Cr Wilson questioned whether lifting charges could encourage more people to use the Fairfield landfill run by the council's commercial competitor, Waste Management.

Mr Avery said the council would take a hit if higher charges encouraged customers to the council's commercial competitor instead.

However, in the past, the council's competitor had responded similarly when the council raised its charges, he said.