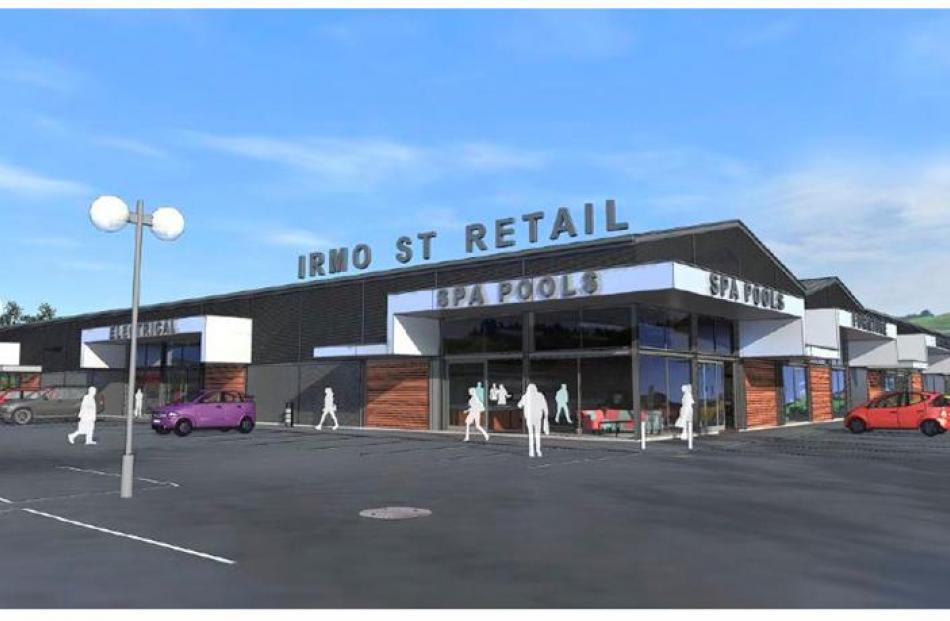 This image of what the Irmo St Retail development might look like appears in an online advertisement. Photo by www.primecommercial.co.nz.

A large-scale retail development for Green Island could still happen, the developer says, despite no movement in the 18 months since consent was approved.

An advertisement for Irmo St Retail, posted on the Prime Commercial real estate website in May, says the development was due to start mid to late 2013.

When contacted about the advertisement, agent Dean Collins, of Colliers, said the project was still live.

After a year-long battle in 2011, including opposition from council planners, residents and the Green Island business association, the council declining the consent and an appeal to the Environment Court, which was later settled in mediation, Irmo Properties got consent to develop the former iron roller mill on Irmo St into a retail site with up to eight tenancies.

The majority of stores would be large stores over 500sq m, amd would exclude activities and goods that would affect the Green Island commercial centre and other commercial centres, such as supermarkets, clothing, footwear stores and others on a list.

Examples of stores it could have were furniture, home electronics and sports equipment. Contacted this week, Irmo Properties director Grant Chirnside declined to comment on when the project might begin.

He also declined to comment on the level of interest there had been in the development.

The retail development was still happening, but the existing site was tenanted and the consent ran for seven years, which all simply meant there was ''nothing to update''.

''Nothing's on the cards or off the cards.