Dig uncovers clues to Dunedin's past 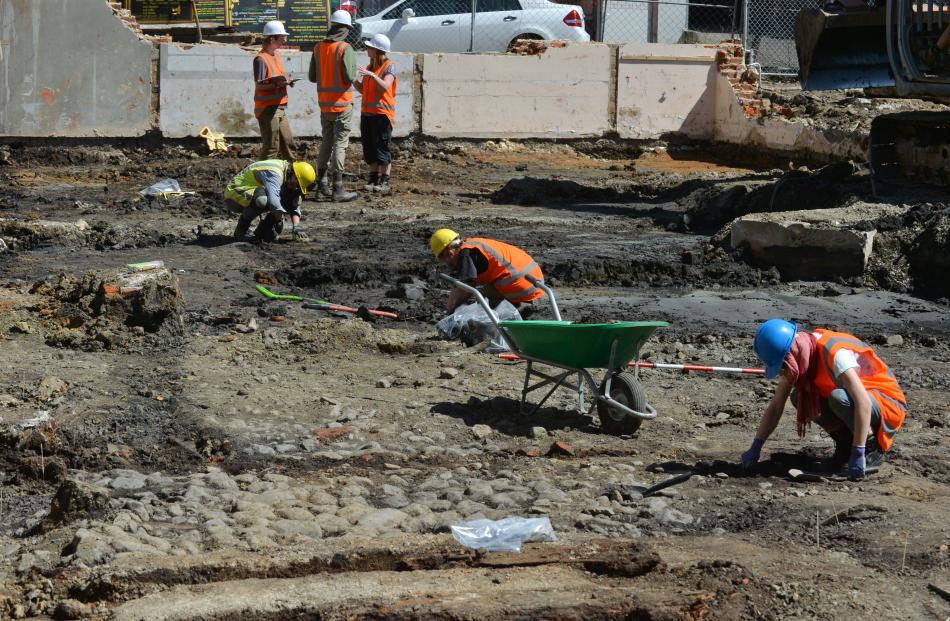 The archaeological team works on the site in 2016. PHOTO: GERARD O'BRIEN 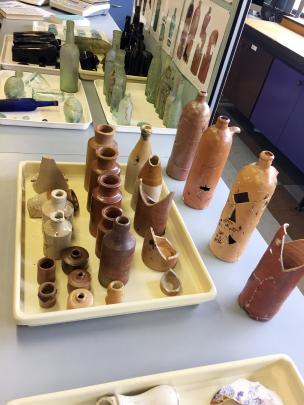 Clay bottles, assorted metal artefacts, and pipes and tobacco boxes were among the remnants of home life and businesses uncovered at the site that is now covered by the clinical services building. PHOTOS: SUPPLIED 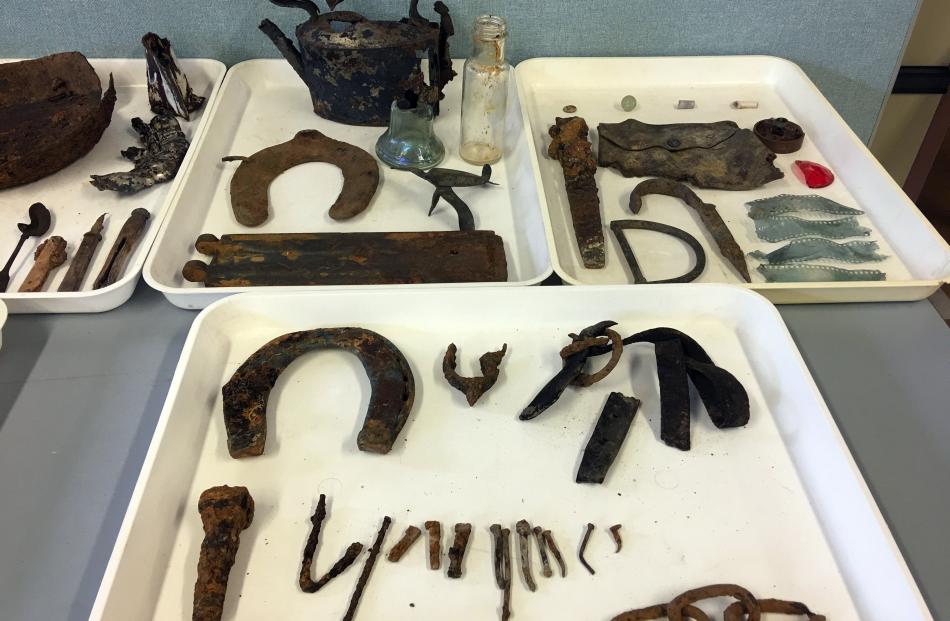 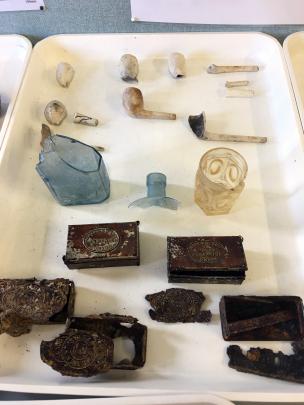 Hiding beneath the site of the University of Otago's new clinical services building for decades were clues to life in the city more than a century ago, an excavation from university archaeologists reveals.

A search uncovered evidence of the 19th-century people who lived and worked there - from plates and footwear to evidence of pathways, cobblestones, foundations and water control, fragments of toys, bottles, and matchboxes.

The site was home to shacks, workshops and houses, as well as a set of buildings associated with the Victoria Foundry, run by Barningham and Co in the late 19th century.

The old Barningham Building, which was used by the University of Otago pharmacy department and later by the Dunedin Study was demolished as part of the redevelopment. 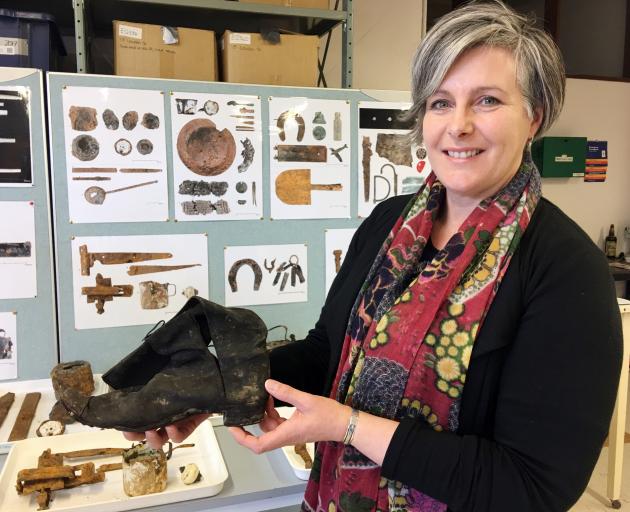 University researcher Dr Karen Greig holds a boot uncovered during a University of Otago excavation that took in the site of the old Barningham Building and what were once shacks, workshops and houses.PHOTO: SUPPLIED.
Archaeology head Prof Richard Walter said the dental school excavation was carried out by Southern Pacific Archaeological Research, a team within the archaeology programme, before the earthworks.

"Underneath the site there we found material related to material such as blacksmiths, we found foundations of stables, the cobbled floor of a stables, a shoemaker and facilities associated with the making of shoes ... shops and that sort of thing."

Clues were found as to diet; there were a lot of remains of sheep and cattle with butchery marks and cuts identified on the bones, but very few bones belonging to chicken or fish.

As well as traces of human activity, the remains of cats were found, which could have been pets but are more likely to have been feral. The work was carried out in 2016 - but has now been collated for a Heritage New Zealand report and an academic paper. All material was cleaned and photographed, and he expected they would go to the Otago Museum, and some could go on display in the new dental school.

A selection of the artefacts was shown recently at the university's 1869 Conference and Heritage Festival.

Co-director of Southern Pacific Archaeological Research Dr Karen Grieg said the excavation had revealed "the side of Dunedin history that you don't necessarily get from reading a book. It's the tangible aspect of it".