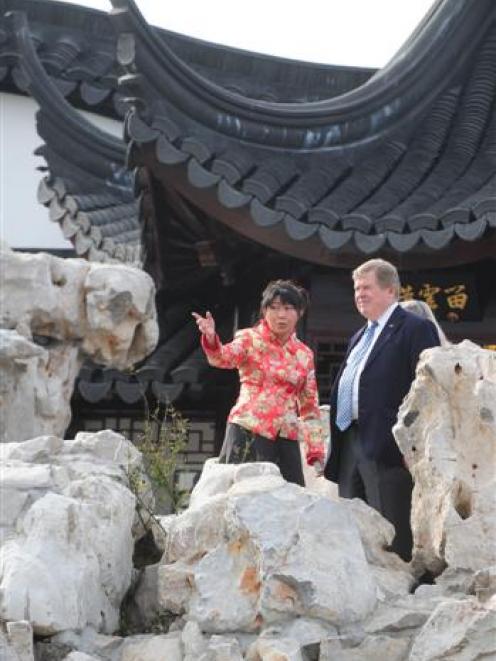 Mr McCormick (69) came to his Wellington-based job three years ago as one of George W. Bush's political appointees.

He has no expectation that his job will continue under a new administration - Democrat or Republican - and he will be gone by Christmas.

Over a custard bun and a cup of tea during a visit to the Chinese Garden yesterday, the owner of NASDAQ-listed McCormick and Schmick's Seafood Restaurants chain was relaxed about an American system that rewards loyalty with jobs such as ambassador to New Zealand.

He has been a friend and supporter of the Bush family for many years.

"If you work hard you will get to know the people you want to know. I certainly had no better credentials than anyone else."

One of the first jobs of Mr Bush's successor will be to replace his 3000 political appointees with appointees of his own.

Mr McCormick acknowledged that so many new faces in the American administration can create difficulties for countries like New Zealand.

"It impacts all the embassies and all the agencies.

It's a long time before you know who to call."

Mr McCormick began operating restaurants in San Francisco in 1965 - just before the city's hippy era began - and now has 90 restaurants and more than 8000 employees.

Asked if he was one of the original "flower children", Mr McCormick said: "Fortunately, I missed it by about 24 months".