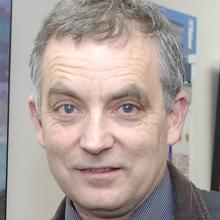 David Glenn
Bullying claims and a call for a vote of no confidence in the Otago Multiple Sclerosis Society executive committee reflect the mindset of people with long-term illness who sometimes lack wider perspective, treasurer David Glenn says.

Mr Glenn said yesterday he had decided not to seek re-election when his term ends next year.

But he is refusing demands for a special general meeting sought by members who want to oust the five-member committee immediately.

He said his wife, society president Beverly Glenn, would also step down at the annual meeting next March.

''This has been quite cruel on her.''

Mr Glenn has been closely involved with the society for more than 20 years, and has supported Mrs Glenn, who has MS, for 30 years. He has also served as national president.

''I'm somebody who likes to see positive things in their life ... if the effort I'm putting in is not a positive thing than I'm not for persisting on.''

A group of members is seeking to oust the committee.

Former committee member Alan Page said 82% of financial members signed a resolution calling for a special general meeting to hold a vote of no confidence.

A protest is planned outside the society's base in Dunedin on Saturday to call for the meeting.

Mr Glenn accepted there were claims of bullying staff and members, and while he could not comment on employment disputes, he was not a bully.

''I always act professionally and I don't bully people.''

Mr Glenn said members should let people voted into positions serve their term to give them a chance.

''I feel like this is the Wild West and we have been caught rustling cattle and a posse's shown up to do us in. It isn't like that.''

Mr Glenn disputes the claim 82% of financial members supported a vote of no confidence, calling the figure ''fictitious''.

''I do acknowledge there's an unhappy group, absolutely.''

''Anyone with an incurable, long-suffering illness is very rarely going to be a happy person generally.

''When issues arise they become very big to people, and so some of the things that maybe to you and me ... maybe those things wouldn't be so challenging,'' Mr Glenn said.

Of claims a committee member was awarded building work without a proper process, Mr Glenn said that was wrong and unfair.

The committee member had not taken part in the decision, the process was reviewed by the society's lawyer, and the move was financially advantageous for the society, Mr Glenn said.

The building project was the new opportunity shop in Hillside Rd, which opened last year and was a financial success, Mr Glenn said.

He acknowledged concerns a lunch group had been discontinued but said it was because the society's kitchen did not comply with food standards and needed an upgrade.

Mrs Glenn was more reluctant to comment on the matter, but said some people did not like change. She denied members or staff had been bullied.

The society has no field officer at present, but one was being recruited, Mrs Glenn said.

Mr Page said he organised the vote of no confidence, and the result was valid.

People with MS ``still have a brain'' and intelligence, he said.

Mr Page said concerns about the conflict of interest on the committee had not been adequately addressed.

In a statement, the Multiple Sclerosis Society of New Zealand said it could not get involved in the dispute.

``We are aware there is a matter currently taking place in the Otago region.

``While we have been kept abreast of the situation, as the Otago MS Society is a fully independent organisation this has been the extent of our involvement.''

It is such a shame that it comes down to this as people with a disability really don't need this - they have enough to contend with. I personally think the committee needs to go immediately (well the staff had to) and start out fresh. I know it is not easy getting committee members, however it would be worth the effort.