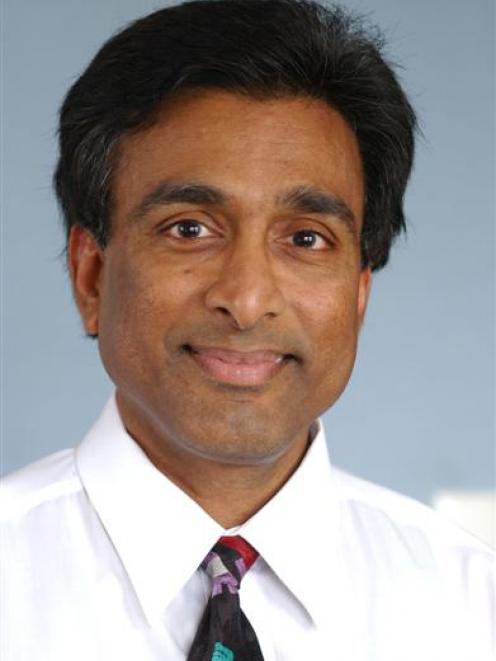 Selva Selvarajah
The breach in TrustPower's Deep Stream hydro-electricity extension project has not only raised concerns about the impact on fish life in the streams affected, but has also highlighted a jurisdictional issue over which council is responsible for consenting repair work.

A hole developed in the Mahinerangi canal last week and, farmers said it had sent large amounts of muck and clay down Broad Stream and into Lee Stream.

The project diverts water from Deep Stream and puts it through a canal, penstocks and two power stations, before the water is discharged into Lake Mahinerangi.

Otago Regional Council resource management director Selva Selvarajah said the council had received complaints about the sediment in Lee Stream and was investigating.

It was too early to say what action the council would take, but any breach of the Resource Management Act would warrant some sort of action.

Fish and Game Otago was also looking into the incident.

"It potentially has major effects on the fishery."

However, Dr Selvarajah said the focus this week had been to sort out a jurisdictional issue between the Clutha District Council, which granted the building consent for the project, and the regional council, which under new legislation, had responsibility for dams under the Building Act.

This needed to be done so TrustPower could undertake remedial work on the canal, he said.

The regional council believed the canal was part of the dam and that TrustPower needed a building permit from it to do the work, which it did not consider was a repair.

"We believe we could process the consent in reasonable speed."

However, the Clutha District Council believed as the canal breach occurred a distance from the dam, it was not part of dam and therefore it had jurisdiction.

District council planning and environmental manager Murray Brass said there was a risk of the problem eroding and further failure and TrustPower needed to get on with the repairs.

The council believed the best course of action was for TrustPower to go ahead with the work needed to fix the canal and then apply for a certificate of acceptance.

"It is impractical and improper for TrustPower to be unable to proceed because two councils don't agree on the jurisdictional matter."

Dr Selvarajah said the regional council did not believe the situation qualified for a certificate of approval as there was no threat to life or health of people.

The regional council had asked the Department of Building and Housing to review the situation and rule whose jurisdiction it was.

Mr Brass said the decision had major implications for hydro and water supply systems around the country.

TrustPower community relations manager Graeme Purches said for TrustPower the situation was straightforward - it had applied to the Clutha District Council for building consent, so any repair work would come under its jurisdiction.

The district council had authorised repairs and they would go ahead under supervision from engineers.

"Our interpretation of the law to date reflects the Clutha District Council view," Mr Purches said.