By Eileen Goodwin
1 Comment
After saying goodbye to her grandchildren and planning her funeral, Jan Scott did not expect to see another Christmas.

But last month the 70-year-old was told Dunedin Hospital's diagnosis of terminal lung cancer was a mistake.

While relieved, she is angry she was never referred to an oncologist and was denied further treatment.

In June, Mrs Scott was told she had as little as five months to live, and the cancer was too advanced for chemotherapy or radiotherapy. 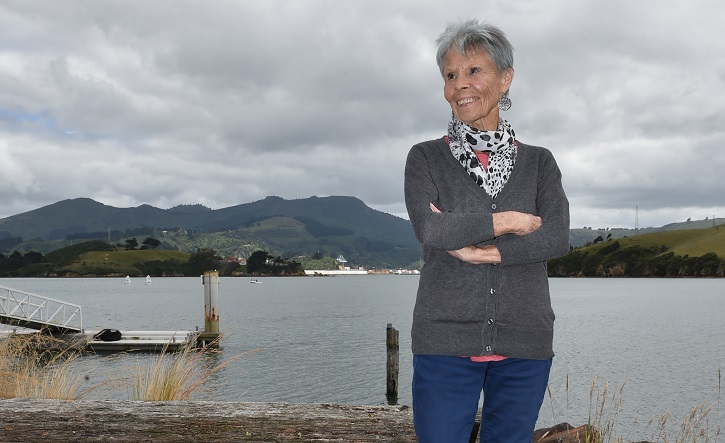 Jan Scott is relieved to be alive but wants an apology. Photo: Gregor Richardson

Her doctor was a respiratory consultant.

She was told a chest scan revealed a 21mm tumour on her left lung, ''shadows'' on her other lung, and cancer in her lymph nodes.

She was referred to Otago Community Hospice for palliative care.

Mrs Scott planned her funeral, buying a coffin, designing a service sheet and filming a video for family.

She flew her three grandchildren to Dunedin from Australia for a final visit.

Saying goodbye to her 8-year-old granddaughter was especially hard.

''It broke her little heart to leave me because she didn't think she'd ever see Nana again.

A former smoker, she initially accepted the diagnosis, but it seemed odd that she had no pain.

With the help of a doctor at the hospice, she pushed for further diagnostic tests, and was referred to Christchurch for a PET scan in October.

It revealed no cancer. She was given the good news last month.

Mrs Scott said it felt as if her doctor expected her to be happy and grateful.

''I just want a bit of closure on the whole unfortunate case.

It felt as if she had been ''thrown to the wolves'' when the hospital decided not to embark on further treatment when she was thought to have cancer.

A letter from the doctor attempted to minimise the impact of the mistake by saying she lived with the misdiagnosis for a few weeks, when in fact it was months, she said.

The Southern District Health Board yesterday declined to discuss the case, but invited Mrs Scott to make direct contact about her concerns.

A bad negative diagnosis result on cancer is better than a positive diagnosis. With the purchase of a coffin , that is a burden that she will not have to pass on to her family ,costwise. Be grateful for the time of living that is still left. Being unforgiving and resentful toward the health professional will only hasten her demise.