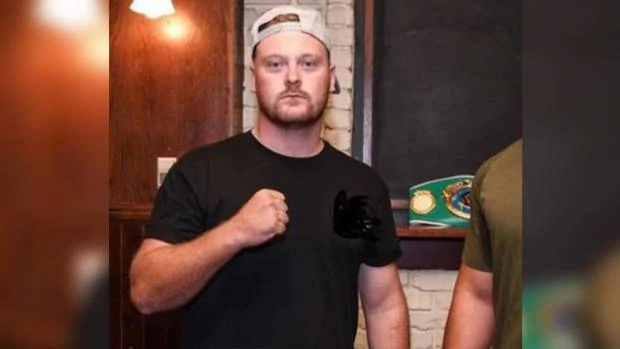 Macaulay Marchant has been sentenced to 11 months of home detention. Photo: NZH / Supplied
A cowboy roofing contractor scammed more than $100,000 and ripped off people around the country, including in Mosgiel, to bankroll his gambling high life.

Macaulay Oliver Marchant, 25, has narrowly avoided jail for his dodgy roofing practices that ripped off 11 clients in Auckland, Christchurch, rural Canterbury, Mosgiel, Marlborough Sounds and the Wairarapa between December 2018 and February last year.

"Mac" Marchant set up a limited liability company called Essential Roofing in August 2017 for roofing services in the Christchurch and Auckland regions.

But within 18 months it had gone broke and left a trail of misery behind.

Essential Roofing never had a bank account, was not registered for GST, and did not file any GST, PAYE or income tax returns.

Instead, Marchant used the company's money "as his own personal spending money", according to court documents obtained by the Herald.

Meanwhile, he was "routinely" telling his customers he was unable to complete the work agreed on, and paid for, due to being "snowed under, short-staffed, or unfavourable weather conditions".

"Yet, after giving these excuses to one complainant, [Marchant] would accept a new job and payment from the next complainant," the Crown summary of facts says.

"The defendant often gave the complainants short timeframes in which he stated the work would be completed by, however never met these commitments."

Marchant would say he needed a deposit up front before any work was done.

Then he would do "very little or none of the agreed work" after receiving payment and, in most cases according to the Crown, gave excuses on why more money was needed.

"This pattern of accepting jobs and requiring payment followed by excuses repeated itself with every complainant," the Crown said.

An example of Marchant's modus operandi came with his conning of Justine Smith, who found Essential Roofing through an online search, hoping to get the leaking roof fixed at her home in New Windsor, Auckland.

On December 4, 2018 an associate of Marchant's called Sam visited to give an appraisal.

Later that day, Marchant emailed Smith with a list of work he would complete and said a 50 percent deposit was needed up-front.

She ended up putting $13,050 into Marchant's bank account and, despite his assurances that someone would be around to measure the roof, nobody came.

Marchant rolled out excuses over the next week and Smith started losing trust and asked for her money back.

Scaffolding was finally put up a month later but no work was ever done.

Smith told the Herald today the scaffolding remained up for more than a year and her roof was only fixed just before the national coronavirus lockdown - and not by Marchant.

"It was a bit of a nightmare and just glad it's all over now," Smith said.

"Whether or not he'll change … I'm hoping he can reflect on his actions because he's hurt a lot of people. Hopefully he'll realise it's not something he can do in the future and get away with it.

"It's been an eye-opening experience for me and I've definitely learned my lesson. I'm a lot more cautious of tradespeople now."

When police caught up with him, Marchant said he had taken on more work than he could complete and that he had "made very stupid mistakes" but always intended to complete the jobs.

Marchant pleaded guilty to three charges of obtaining by deception, including one representative charge, another of incurring a debt while his company was insolvent, and a charge of failing to keep accounting records.

When he was sentenced in the Christchurch District Court last week, Judge Tom Gilbert said it was clear that gambling was at the heart of his offending, in conjunction with a "desire to live a high life".

He sentenced Marchant to 11 months' home detention at a Bucklands Beach property, with an order to pay back the money, with a $10,000 lump sum straight away, and then by instalments of $350 per week.