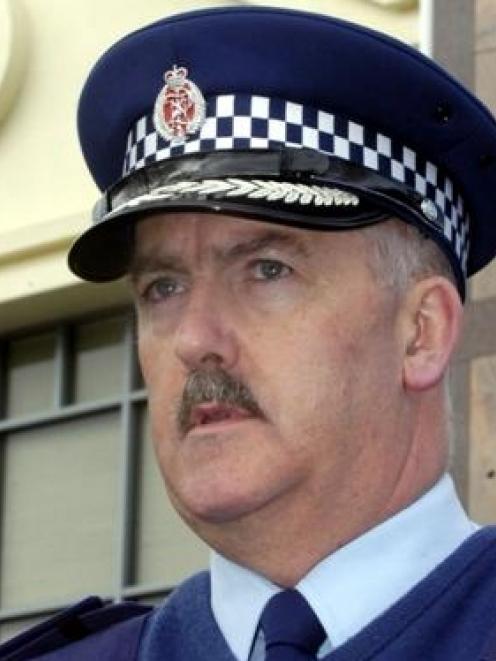 Alistair Dickie.
Police are "totally dissatisfied" with the results of a drink-driving blitz in Dunedin at the weekend after they caught 26 drivers over the legal limit.

Inspector Alistair Dickie warned that people who drove after drinking too much these holidays would be caught, as police again stepped up efforts against drink-drivers.

More police and a high number of alcohol checkpoints would appear around Dunedin as the festive season loomed.

A clampdown on drink-drivers netted many at the weekend.

At alcohol checkpoints and around the central city streets, police stopped more than 13,000 vehicles.

As a result, 26 drivers would appear in court on drink-driving charges.

All alcohol levels were under 1000mcg.

Inspector Dickie said the result was "ridiculous" and drink-drivers, whose numbers were likely to increase over the festive season, could expect zero tolerance from police.

"It's totally unsatisfactory that people are still drinking and driving.

"The message has been put out there time and time again."

More emphasis would be placed on drink-driving and checkpoints would be continuous through the Christmas-New Year period and up to March.

For those caught, it was going to be an expensive Christmas, and maybe a car-less one, he said.

"There will be no apologies from police.

"If [drink-drivers] get caught, they've got to pay the price."