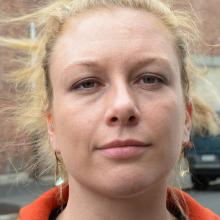 Crystal Filep
Dunedin has joined other cities both in New Zealand and around the world in endorsing the Global Street Design Guide.

Councillors voted to adopt the guide during a meeting of the Dunedin City Council’s planning and environment committee on Tuesday.

Developed by National Association of City Transportation Officials and the Global Designing Cities Initiative, the guide contains information such as how streets should be designed, integrated planning strategies for infrastructure and utilities, street and intersection design and how to design streets for great cities.

Auckland and Wellington have already adopted the guide.

Council urban design team leader Crystal Filep told councillors the guide was a tool,  rather than a set of rules which needed to be followed.

"It makes sense if Dunedin wants to be a great little city to jump on board and learn from other great cities around the world."

Cr Lee Vandervis asked if there was a risk Dunedin could lose its identity and character by adopting the guide. As the guide was not a set of rules it could be adapted to suit the different environment and character of cities, Dr Filep said.

Techniques found in the guide had already been used in Dunedin, such as in the design of Jetty St as a pedestrian-only street and amenity upgrades on Vogel St.

Cr Aaron Hawkins said the adoption of the guide showed a maturity and evolution of the council’s view on street design.

"Hopefully, this doesn’t sit on a shelf gathering dust but helps shape the city for the next decade and beyond," Cr Hawkins said.

Is there a link to the guide? I found nothing specific on the DCC website.
It would be nice for ratepayers to see if it has merit or whether it is just another way for the DCC to fritter away more of our hard earned dollars.

A tool. Wasn't Crystal Filep the one who was in charge of the 120'000 3D painted crossing

One minute the DCC wants to be unique, nek minnit Hawkins is so proud of himself and how the greens are destroying New Zealand.