Dunedin behind in economic report 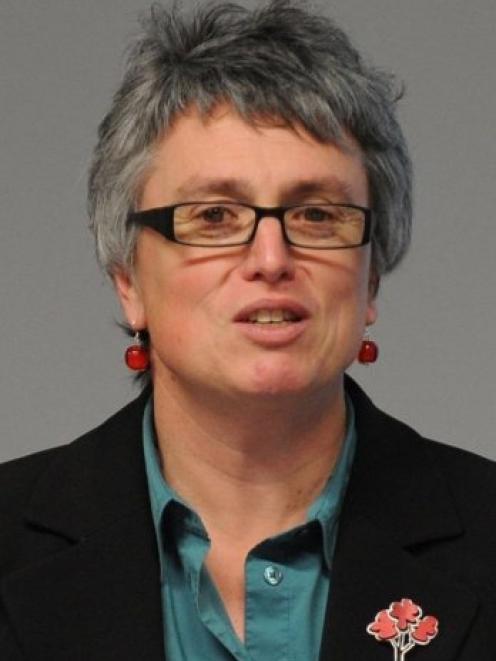 Laura Black
A social services leader says Dunedin is still lagging behind despite a Dunedin City Council report highlighting the creation of 780 jobs in the city.

The Business and Economic Research Ltd (Berl) report on Dunedin's economy in the year to March last year will be discussed at the council's economic development committee meeting next week.

The report showed 780 full-time equivalent jobs were created over the course of the year, but Dunedin was still behind Otago and the rest of New Zealand on most economic indicators.

Methodist Mission Southern director Laura Black said this was not a surprise, given the lack of central government support for the regions.

‘‘While Auckland ... continues to get all the attention from Government, you are not going to be able to address the lack of regional development opportunities across the country as a whole,'' Ms Black said.

The council should be congratulated on its efforts when it came to economic development, but the Government needed to ‘‘come to the party''.

‘‘What I find surprising is that central government doesn't understand that this will also help it out,'' she said.‘‘We've got roads, we've got houses, we've got infrastructure.

‘‘These things don't need building in Dunedin, Otago or Southland in the same way they do in Auckland.

Economic Development Minister Steven Joyce said the Berl data appeared to be out of date or inaccurate as it did not match the most recent official statistics which show a ‘‘much more positive economy in Dunedin and Otago''.

‘‘This could be because they look back over a decade and underplay the region and the city's recent strong economic growth.

‘‘The most recent official GDP statistics for the region show growth of 6.3% in the year to March 2014, while the latest ANZ regional trends showed more than 3% growth for the year to September 2015.''

Mr Joyce said Ms Black's comments were also ‘‘inaccurate and out of date'' and pointed to areas where the Government was assisting growth in the city.

Growth across Otago was being led by the tourism and education sectors, the information and communications technology sector, hi-tech manufacturing and the meat sector; all of which were ‘‘well-supported'' by government agencies.

It was also investing in Dunedin infrastructure, including the Gigatown initiative, the recently completed Caversham motorway improvements, the recently announced restoration of the Dunedin courthouse and the planned upgrade to Dunedin Hospital.

Enterprise Dunedin's director John Christie had a more positive view on the report, saying it showed the city was catching up with the rest of New Zealand when it came to economic growth.

In the decade to 2015, both GDP and job growth had been ‘‘flat'', but these figures had been much closer to the national average in the past two years.

‘‘I think the community is achieving reasonably good growth ... we are at least in the ballpark and that's substantially ahead of where we have been previously.''

The numbers were tracking a little bit behind the council's 2023 target of 10,000 extra jobs and an average of $10,000 extra income for each person, but heading in the right direction.

Anecdotally, his group was aware of the loss of jobs in the sector - with the closure of Hillside Workshops and Fisher & Paykel - but Statistics New Zealand had changed some reporting methods.

He said other sectors had grown, counterbalancing losses in the manufacturing sector.