A young Dunedin butcher will go to the United States in September to take on the world.

Gardens New World Butcher Isaac Webster, of Dunedin, said he was honoured and proud to have been selected to represent New Zealand on the world stage, as part of the ANZCO Foods Young Butchers of New Zealand team.

The four-person team will compete against 10 other countries at the 2022 World Champion Butcher Apprentice and Young Butcher Competition in Sacramento on September 2.

Mr Webster said butchery was something he was really passionate about.

Not only was it a job and a career, but the competitive elements made it like a sport.

He had been drawn to the field since a young age, since he grew up on a North Otago farm where he did home-kill and hunting.

While it had been hard to get a foot in the door of the industry, when he got the opportunity to do an apprenticeship at Gardens New World four years ago he seized the chance with both hands.

In 2020 he won his first regional butchery competition, and the next year he won the ANZCO Foods Butcher Apprentice of the Year.

He was grateful for the opportunities he had, Mr Webster said. 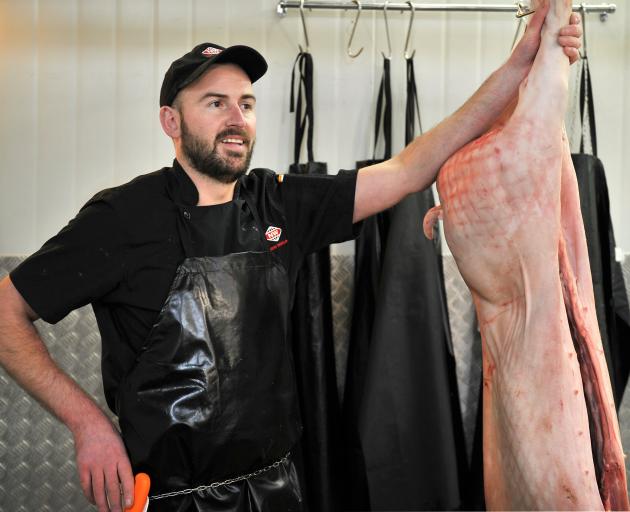 Gardens New World butcher Isaac Webster, who has been selected to compete in the United States as part of the ANZCO Foods Young Butchers of New Zealand team, has a sharp knife and a sharper talent. PHOTO: CHRISTINE O’CONNOR
The owners of Gardens New World, Craig and Julie Broderick, had been very supportive and had given him the time and resources to practise and express himself through his butchery.

Mr Webster, who finished his apprenticeship in December, said he was looking forward to owning his own business one day, but for now he was happy where he was.

The next step was honing his craft further and showing off his skills at the international event.

While they were lesser known, they had more flavour and texture than more common cuts.

He was particularly interested in showing people that more obscure cuts could be just as nice or better than those usually for sale at supermarkets, Mr Webster said.