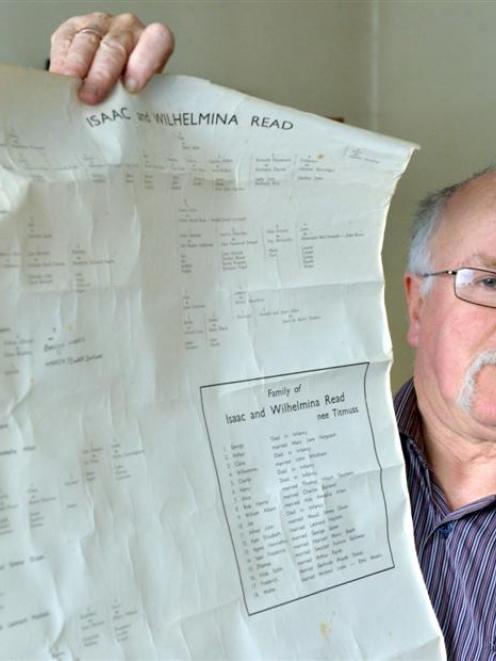 More than 1500 people died after the passenger liner struck an iceberg on April 14, 1912. More than 300 bodies were recovered from the frigid waters of the North Atlantic.

The body of one child, aged about 2, was recovered and later buried as an ''Unknown Child'' from the Titanic, at a cemetery in Halifax, Nova Scotia, Canada.

A leading United States forensic genealogist, Dr Colleen Fitzpatrick, said only one of the recovered bodies was a child.

''In 1912, there was no way to identify the baby, but as of 2007 DNA identification had advanced to the level where it became possible,'' she said.

Mr Goodwin was impressed by the ''mind-boggling'' international collaborative efforts required to identify the child, and the later teamwork showing links with other members of the wider Goodwin family who had emigrated from England to Christchurch. 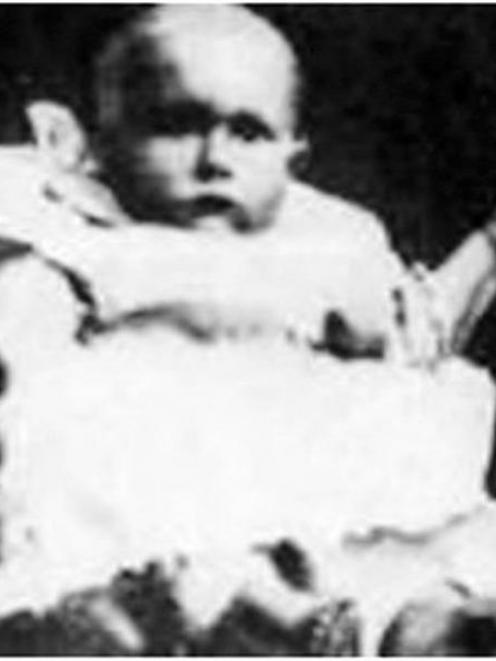 Sidney Leslie Goodwin. Photo supplied.
And he was intrigued by his own family link with the ''unknown child''.

His late father, Ted Goodwin, grew up in Christchurch before shifting to Dunedin.

Ken Goodwin was adopted by the family when he was 13 months.

Dr Fitzpatrick said that, in 1998, the child's grave was opened at the request of a family who believed the child was a relative, but DNA analysis ruled out any link.

Later research ruled out four possibilities, and narrowed the child's identity to one of two remaining possibilities.

Using a new form of DNA test, scientists at the Armed Forces DNA Identification Laboratory in the US finally identified the child, in 2007, as Sidney Leslie Goodwin, of England, aged 19 months. His parents and siblings also died in the disaster.

She is visiting the South Island, and will give a public talk in the Dunedin Public Library's Dunningham Suite at 2.15pm today.

Dr Fitzpatrick emphasised she had not been involved in the earlier DNA testing, and had played only a small part in the ''magnificent'' overall teamwork to bring about identification.

She used ''old-fashioned'' genealogy methods, combined with the internet, to help establish the links with Ken Goodwin, and Graeme Goodwin, who lives near Christchurch.