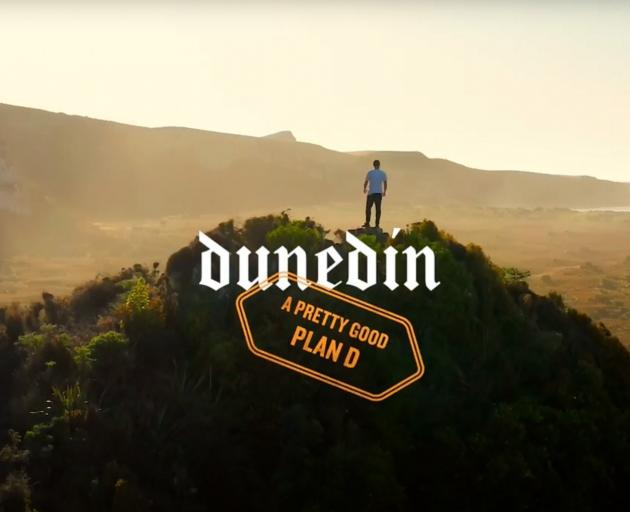 The campaign has been named as a finalist for a sector award at the TVNZ-NZ Marketing awards, which are celebrating their 30th anniversary in 2021.

Sector awards reward advertising campaigns for specific industry segments such as automotive, education or retail, although the specific sector campaigns have been nominated for is not revealed until the night of the award ceremony.

Enterprise Dunedin manager John Christie said they were delighted to be a finalist in the awards, and paid tribute to local advertising agency BrandAid who were "instrumental in the creation of the campaign".

The campaign had launched in May 2020 to a mixed public reaction, but it has since been credited with contributing to visitor spending in the city surpassing pre-Covid levels.

Otago Polytechnic was also named as a finalist for a sector award for their "Map Your Future" campaign.

Marketing, sales and communications director Leanne Ross said the strategy was formulated in mid-2020 to increase enrolments under a set of unique circumstances.

"The loss of international students post-Covid . . . plus the amalgamation of polytechnics to Te Pukenga created one of the most challenging marketing environments this sector has witnessed."

Three representatives for the polytechnic will attend the award ceremony as part of a larger trip to visit the Auckland campus and attend meetings in the area.