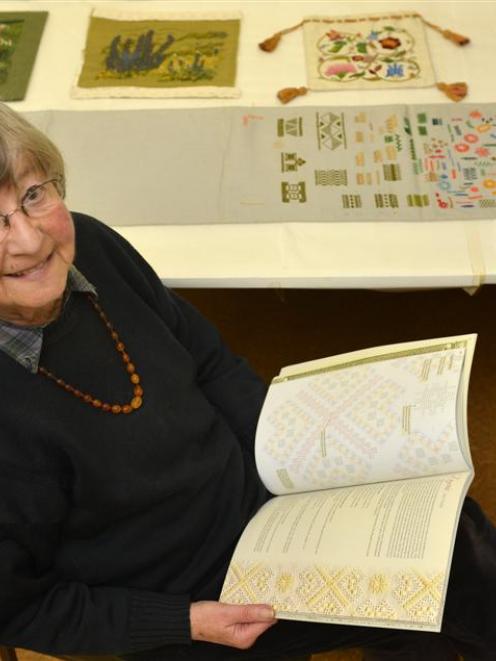 She was humbled and ''very happy'' that the museum had accepted the collection of 17 pieces of needlework, spanning more than 70 years, and two books she had written, titled Wessex Stitchery and Ukrainian Whitework.

Mrs Eaton is a key figure in New Zealand embroidery, a recipient of the New Zealand Order of Merit and past president of the Otago Embroiderers' Guild.

She also founded the annual Wanaka Embroidery School, which attracted 300 participants, including at least 20 from abroad, when it celebrated its 30th anniversary earlier this year.

Part of embroidery's appeal was that it was so diverse and that ''so many different things'' could be done through it, she said.

Embroidery was often the ''Cinderella of the arts'', and its creative contribution often badly underestimated.

Dunedin had a strong tradition in literature and the other arts, and should also be considered New Zealand's embroidery capital, she said.

The Otago Embroiderers' Guild was active in the city, and she believed more high-quality embroidery could be seen in public places here - in churches, and other settings, such as the Dunedin Hospital chapel - than was the case in other New Zealand cities.

Museum curator humanities Moira White paid tribute to Mrs Eaton's ''creative flair and superior technical skills'' and said the museum was ''honoured to add such a striking collection'' to its own textiles collection.