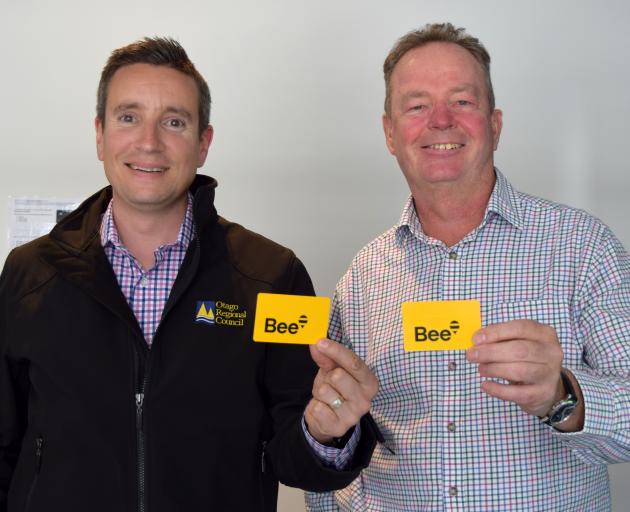 Regional Integrated Ticketing System contract lead Paul Everett, of Dunedin, said the system allows people to use one payment card on buses across the towns and cities.

Otago Regional CounciA fixed payment device to be installed in buses across New Zealand to allow people to use Bee Cards.
The card, called a Bee Card, could be topped up online and used to tag-on, tag-off, similar to Snapper in Wellington or Hop in Auckland.

The system was expected to be available in Dunedin in March or April next year and would replace GoCards.

Dunedin being selected as the ‘‘hub’’ for the system had brought direct economic benefit to the city, such as creating three new jobs based in Philip Laing House in central Dunedin.

The system supplier, German company Inet, opened an office in central Dunedin about two years ago and employed six staff.

Dunedin business BrandAid designed the branding for the Bee Card.

Other benefits include the people travelling to Dunedin for meetings and training on the system and spending money in the city during their stay.

Otago Regional Council public transport team leader Julian Phillips said bus patronage was rising in Dunedin but capacity was available - as opposed to Queenstown, where the buses were ‘‘chocka-block all the time’’.

The system would cut down the amount of time people would spend riding a bus because they would no longer have to talk to the driver when getting on.

Being a pensioner I'd like to know how we use our gold card for free travel? Has that facility been built into the system?