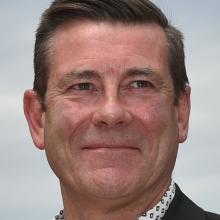 The Labour reshuffle is expected soon, following the Mt Albert by-election that gained the party a new list MP when Jacinda Ardern became an electorate MP.

Deputy leader and health spokeswoman Annette King has announced she is stepping down from politics at the next election. Dr Clark, Dunedin North MP, confirmed to the Otago Daily Times he is hoping for the role.

"I’m happy to say I’ve always had an interest in the area.

"Of course, I’ll do what the leader asks me to do."

Mrs King had been a supportive mentor, Dr Clark said.

He took out a half-page advertisement last  week in the Otago Daily Times promoting a petition that demands the rebuild of Dunedin Hospital starts before the election. Asked when Labour would start the build if elected, Dr Clark was careful to avoid a firm promise.

"All things being equal", it would start next year. This would be a couple of years ahead of the Government’s drawn-out timetable. 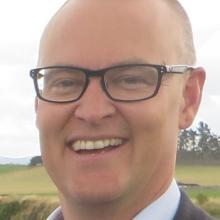 David Clark.
"If we got into government and found things had been so shambolic that you needed to start from scratch, then you might need a bit more time. I would hope that things are not that bad.

"It defies belief that four years into the process you couldn’t push play in six months’ time," Dr Clark said.

In National, a minor reshuffle is expected in May. Health Minister Dr Jonathan Coleman is tipped for foreign minister ahead of Murray McCully’s retirement. Mr Woodhouse, a Dunedin-based list MP, was coy about the widely predicted move when contacted.

"Jonathan’s there now ... he’s doing a really good job, and if he continues in that role it would not surprise me.

"But if it does become available, and I’m asked to do it, that would be a great honour."

Mr Woodhouse said the hospital rebuild was on the Government’s capital programme, and was progressing as quickly as it could.

"We do need to be patient. This is going to be a case of keeping the existing buildings going until there is a replacement.

"And it might be necessary to spend some money in order to be able to do that."

Mr Woodhouse said Labour’s plan to speed up the project would be a "huge mistake" as it could lead to poor decision-making.

Both men are ranked ninth in their respective caucuses.

Biggest gaffe: Releasing a list of industries defining worm-farms and mini golf as high-risk as part of  workplace safety reform.

Biggest gaffe: Once speculated about banning Facebook over tax avoidance.

In describing past achievement how about mentioning that Dr David Clark also has a PhD, worked on farms and in factories, was a Presbyterian Minister & celebrant and Treasury analyst. A life of dealing with people at difference levels of society - exactly what is needed for an influential role in health.