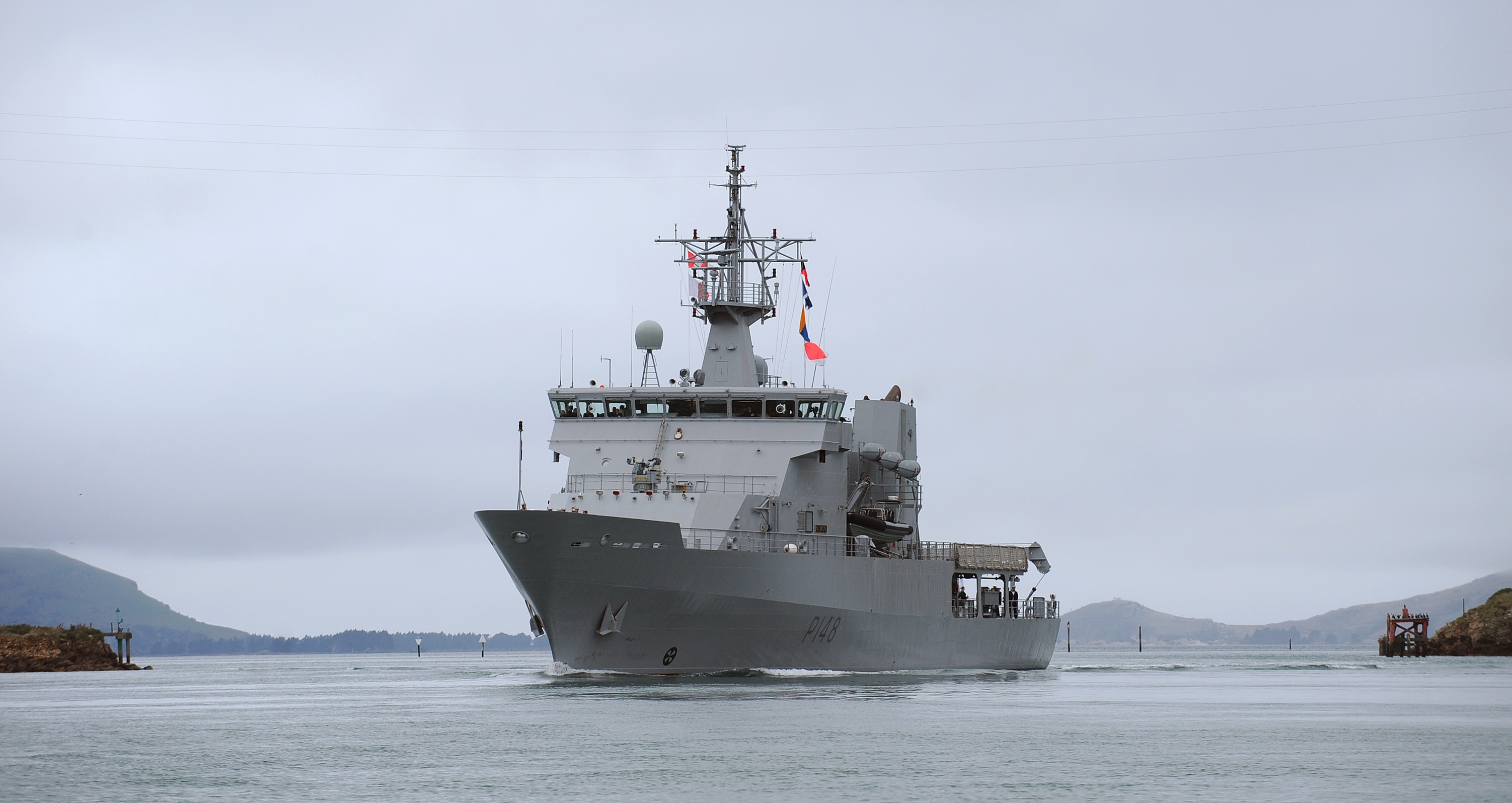 Dunedin is the home port for patrol vessel HMNZS Otago.
The New Zealand Defence Force is battening down the hatches amid rumours a new Southern Ocean navy base could be established in Dunedin.

The Otago Daily Times has been told the Royal New Zealand Navy is eyeing the city as a possible regional base for new ice-strengthened vessels due in the next few years.

Dunedin was a contender because of its proximity to Southern Ocean operations, engineering cluster, harbour facilities and logistical support capabilities, the rumour suggested.

None had confirmed details, but Mr Winders hoped to raise the matter in a meeting with navy officials when he visited Auckland later this month.

Defence Minister Ron Mark said a ''routine feasibility study'' examining the future of Auckland's Devonport Navy Base was under way.

He was not aware of any plans for a Dunedin base, but referred ''operational'' questions to the NZDF.

An NZDF spokesman initially denied the rumour, saying there was ''no plan and no intention for the Royal New Zealand Navy to increase its current footprint in Dunedin''.

However, pressed on whether an unconfirmed plan was being considered, but not yet finalised, he would not comment further.

Instead, further questions were referred to the NZDF's ministerial services team, which could take up to 20 working days to respond, he said.

National Party defence spokesman Mark Mitchell - a former defence minister - said he was also not aware of any plans for a new regional base, but it was ''very possible'' something was being worked on.

''Short of confirmation from them, I would just be speculating,'' Mr Mitchell said.

Dunedin was already home to HMNZS Toroa, the city's naval reserve headquarters, and is the home port for patrol vessel HMNZS Otago.

The move reflected New Zealand's increasing focus on Southern Ocean operations, it was said at the time.

Mr Evans, of Farra Engineering, said this week the latest ''somewhat credible'' rumours would be a boost for the city and make sense for the navy.

''With two icebreakers entering the fleet, it doesn't make sense to be doing the maintenance and support for those vessels out of Devonport. It's just extra kilometres for no good reason.

''The only question is where they would increase their South Island presence ... Otago's a sensible fit because Invercargill's a bit small and Lyttelton's a bit far away.''

His company already did ''quite a lot'' of marine maintenance work in Dunedin and Lyttelton, but a new base ''would be very attractive''.

''Anything where you bring something like that into the city, would bring a lot of engineering work.''

This would be great for Dunedin but honestly would feel sorry for the sailors being in the cold after living in Auckland. Visiting a place on a port call is different to living in a place. Can't be true because Cull and the DCC are anti Ammunitions, anti Oil and Gas, Diesel and the such likes, and what does the Royal New Zealand Navy have? Hope its not just a red herring like Culls ACC plans. because his street credibility is not that great

Negative bias. Cull is not against ammo, or motive power of vessels. The patrol vessel has 'persuaders'. It's incredible to say something won't happen because the Mayor commented on it.

Many of the navy personal come from down south, they would be delighted to get out of busy expensive Auckland and return to live in the South again. It would also mean they can get to follow the Highlanders games , whom they support.