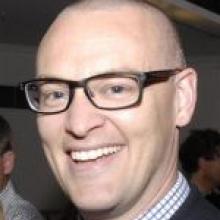 David Clark
Labour Party Dunedin North candidate David Clark is under no illusions about his political future. To become an MP he has to win the electorate as he cannot rely on getting in on the list.

Mr Clark is ranked No 49 on the Labour list released yesterday.

When the Otago Daily Times called him for comment, Mr Clark was at a "cottage meeting" of constituents after spending Saturday door-knocking in Dunedin North.

"I am about where I expected to be. The general message is that if you can't win Dunedin North for Labour, don't rely on the list.

"There have been times when Labour has had 49 MPs in Parliament but I am taking nothing for granted. I am getting on with the job in hand."

Mr Clark is expected to win the electorate Pete Hodgson has held for 21 years. Mr Hodgson will retire from politics at the election on November 26.

Dunedin South MP Clare Curran is No 28 on the list but is expected to retain the electorate for Labour.

MP David Parker is fourth on the list, while Glenda Alexander, who contested the Dunedin North selection, is No 43.

Te Tai Tonga candidate Rino Tirikatene, the grandson of a former Southern Maori MP, Eruera Tirikatene, is ranked No 45. He is regarded as having a good chance of retaking the electorate for Labour from the Maori Party.

Dunedin man Tat Loo, who is standing against Finance Minister Bill English in Clutha-Southland, is No 54.

Lesley Soper, a two-time MP from Invercargill, is the most prominent southern name to not be included on the list.

Support for the Opposition parties was down 0.5% to 45% with support for the Labour Party at 31.5%, down 1%. That would mean Labour would have had about 38 MPs if the election had been held on Friday.

One of the surprises was the inclusion of Rick Barker at No 25. Mr Barker has just taken over as Labour chief whip after leader Phil Goff reshuffled his front bench after the resignation of Darren Hughes.

Mr Barker was widely expected to retire from politics after losing his electorate seat to National, failing to regain it and turning 60.