Dunedin South MP has a knack for attracting controversy 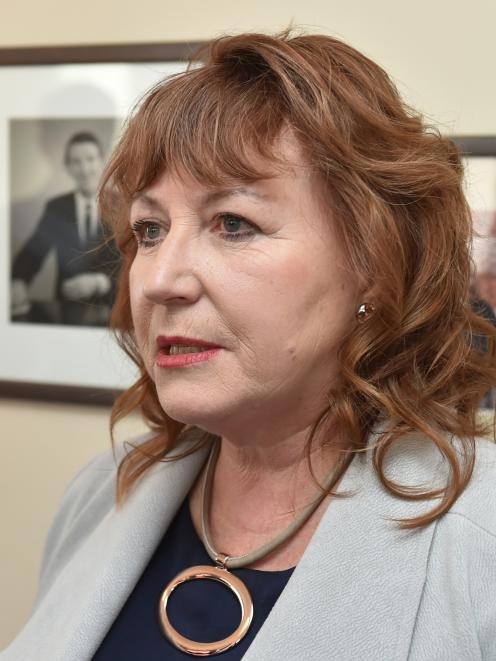 Clare Curran
In her maiden speech to Parliament in 2008, Clare Curran said her father taught her to behave ethically, take responsibility for your actions, and do the right thing.

Those were sentiments the Dunedin South MP echoed a fortnight ago when she was demoted from Cabinet by Prime Minister Jacinda Ardern and lost her Open Government and Government Digital Services portfolios: "I have let myself and the Prime Minister down and my resignations today are the consequence of my error."

Ms Curran’s resignation yesterday from her remaining portfolios - Broadcasting and associate ACC - had a different motivation.

The Opposition was always going to place Ms Curran under intense scrutiny after her first resignation, and a stumbling, awkward answer to questions in Parliament on Wednesday afternoon offered strong evidence that the pressure was taking its toll.

Ms Curran was born in Wellington, but the former Moreau College pupil and University of Otago student has lived in Dunedin much of her life.

A former journalist and public relations professional, Ms Curran - the mother of twin sons - joined the Labour party in 2006 and was soon a member of the party council.

However, a knack for attracting controversy had its beginnings soon after, when her appointment to a contract in the Ministry for the Environment sparked a political storm over the circumstances which surrounded her hiring.

Despite being self-described as shy, grappling with public speaking and never having held ambitions to be a member of Parliament, in 2007 she sparked further turmoil when she launched a successful - but bitterly-fought - selection challenge to sitting MP David Benson-Pope for the Dunedin South Labour nomination. In the 2008 election she won Dunedin South for Labour, but with a reduced majority.

As local MP Ms Curran was vocal about being "Proud to be South D", and often quietly agitated for constituent issues away from the limelight. While in opposition Ms Curran carved out a niche for herself as the party’s spokeswoman on information technology - a field close to her heart.

When Labour took office in 2017 Ms Curran was given what she called her dream portfolios: "I have got this real sense of determination. This is the opportunity that is afforded to few people," she told the Otago Daily Times.

However, things soon became a nightmare.

Reprimanded for her failure to declare a December meeting with RNZ Head of News Carol Hirschfeld - who resigned soon after -  Ms Curran was in August dismissed from Cabinet after the revelation she had held a second off-the-record meeting, this time with entrepreneur Derek Handley regarding the government’s chief technology officer role.

Questions over Ms Curran’s use of a personal Gmail account for ministerial use sparked her Wednesday meltdown in Parliament, and the controversy culminated in her resignation being announced yesterday.