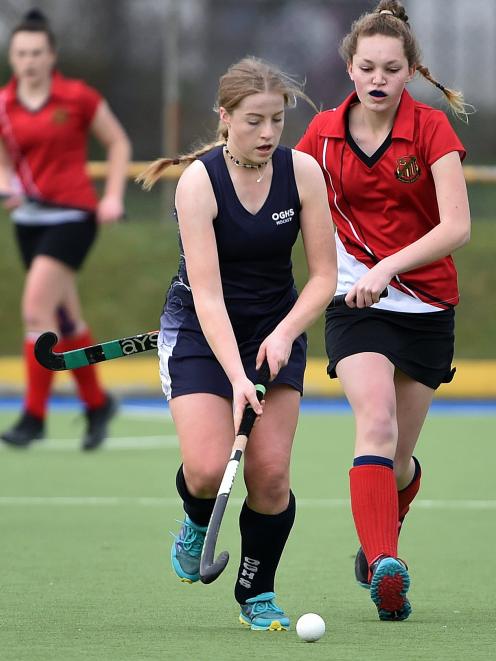 Data released by Sport Otago on Monday showed from 2013-2017 more Dunedin pupils were involved in secondary school sport each year than the New Zealand average.

It was published in the organisation's Otago regional profile, which highlights trends reflecting the future of play, active recreation and sport across the region.

Each year, Dunedin city district's participation was 12-17% higher than average.

She credited Otago's schools and sports co-ordinators, as well as regional sporting organisations, and councils which provided the sports facilities.

"No one organisation is more important than the other.''

Accessibility in Dunedin was a key aspect.

Since it was not a big city, pupils could take part in multiple sports in one day, if necessary, because it was easy to get from one place to another.

Facilities such as the Edgar Centre, which is owned by the Dunedin City Council, was a positive factor and allowed pupils to play their sports regardless of the weather.

In schools, the region's sports co-ordinators were "awesome'', and teacher involvement made a huge impact.

Last year, 41% of Otago teachers were involved in a school sport in some way, and 23% were coaches, she said.

"Many of them know the value being involved in sport because of the connections you make outside of the classroom.''

A sport often did well in school if there was a teacher who was passionate about it.

"So it's a real mixture of things.

"We're well-connected on Dunedin and Otago.''

University of Otago School of PE, Sport and Exercise Sciences Associate Prof Michael Sam agreed there was a link between teacher involvement and pupil participation.

"Another reason for the higher participation rate seems to be that there is less of a disparity between boys and girls participating.''

The profile also revealed that 97% of 5 to 17-year-olds and 75% of people over 18 in Otago participated in sport or recreation in any given week.

Associate Prof Sam suspected the gap between the age groups was actually a lot closer.

"Active transport'', such as walking and biking, was included as a measure of participation, so over 18s might be expected to do less.

This was because they were more independent and had access to their own cars, he said.

More types of activities were counted for youth than adults, such as "informal participation'' and activities like hanging out with friends and family, he said.

"So, I am not so sure that there is such a drastic drop-off in adult participation, though certainly there might be one for adults with young families and for the aged (65+).''

Sport Otago chief executive John Brimble said sport and recreation at a regional level was being influenced by a number of variables and trends including the demographics of a diverse economic area.

"This includes significant population growth in some areas, greater awareness of the benefits of activity to address health issues and the increase in the `virtual environment'.''

Changing demand towards wellbeing and enjoyment over competition had also changed the playing field, as had the move from traditional sport clubmembership to informal pay for play involvement, he said.