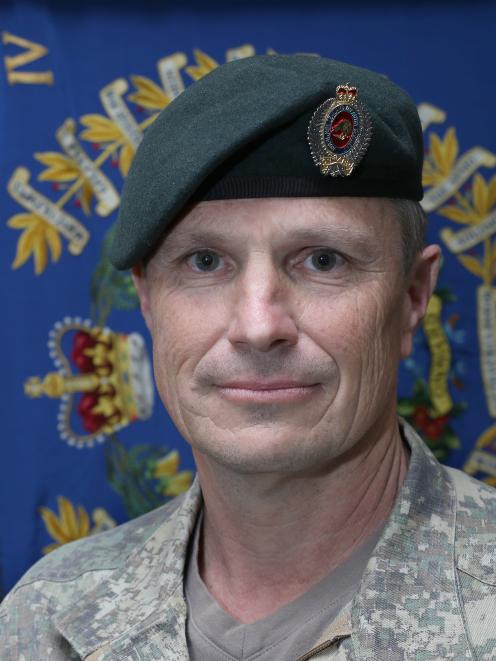 Warrant Officer Class Two (WO2) Sean Cassidy, who is a senior trainer of B Company, 2/4 Royal New Zealand Infantry Regiment, and a physical education, outdoor education and health teacher at King’s High School, said he felt honoured to receive the award.

He became a reservist in 1990 after a recruiter held an information evening in Cromwell during his gap year before attending the University of Otago.

"I went along to see what it was about, as a couple for friends had already joined the Regular Force Cadet School."

It was a life-changing moment for WO2 Cassidy, who said his military knowledge and experience was invaluable in his civilian career.

“The school is very keen to utilise the value-added skills the New Zealand Army provides via the numerous courses, exercises and community activities that I have attended and supported during this time."

The highlight had been putting his skills, which he developed in both the New Zealand Defence Force and his civilian career, into practice on operational deployments.

WO2 Cassidy’s devotion to his role as a key member of the company’s leadership team, as well as being a strong and positive influencer within the local community, impressed the judging panel.

He was also recognised for developing new concepts for training, and planning and working around the restrictions during high Covid-19 alert levels.

In his reservist role he plans, implements and mentors training, and is also responsible for monitoring and evaluating sub unit training activities.

WO2 Cassidy said he and the school benefited from his reservist skills.

"The army provides me with skill sets that are not readily available in civilian organisations, particularly at little or no cost to the school, except my time."

He can then use those skills to benefit the pupils he teaches, who would often ask him for advice about defence as a career option, he said.