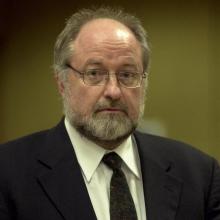 An Immigration New Zealand (INZ) spokesman said this afternoon the 67-year-old left New Zealand this morning and his resident visa had been cancelled.

Bouwer was jailed in 2001 after being found guilty of administering a fatal combination of sedatives and hypoglycaemia-inducing drugs to his wife for months. The drugs mimicked the symptoms of a rare tumour.

The former head of psychological medicine at the University of Otago was jailed with a minimum non-parole period of 13 years. That was increased to 15 years on appeal by the Crown.

At the trial, the court heard Bouwer had begun administering the drugs after starting an affair with a work colleague.

The deportation comes after the New Zealand Parole Board granted Bouwer parole, meaning he would be deported to his native South Africa upon his release.

Bouwer's lawyer, David More, after the parole hearing said he maintained his position that the death of his wife was an assisted suicide as part of an agreement between the pair, if either ever developed a fatal condition.

Bouwer also expressed that view to the parole board during his hearing last Wednesday.

"Mr Bouwer was challenged on his current stance in relation to the murder,'' the board said in its decision, released yesterday.

"It is fair to say that not all of his answers seemed compelling, but we were left in no doubt that he accepts responsibility for his actions and acknowledges that his actions were wrong.''

Last year, Mr More said Bouwer had signalled an intention to appeal the murder conviction to the Privy Council.

However, he no longer had any appetite for that, Mr More said.

Bouwer initially appealed the conviction to the Court of Appeal in June 2002. However, it resulted in two years being added to his non-parole period.

"I have spoken to Colin this morning,'' Mr More said yesterday.

"He's happy with it [the decision]. He wanted parole and he's happy to be returned to South Africa.''

His Dunedin-based son was also pleased with the outcome, he said.

Bouwer maintained his innocence of murder, although he accepted he was responsible for the death of his wife.

The board ruled Bouwer was no longer an undue risk to the community.

A psychologist found he was a low risk of further violent offending or any offending, the board said.

"The psychologist also commented on a diagnosis of stage 4 chronic kidney disease with a moderate deterioration in renal function over the past 12 months,'' the board's decision said. 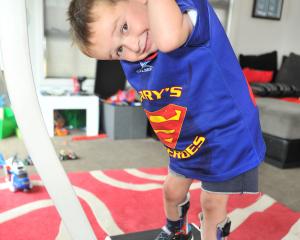