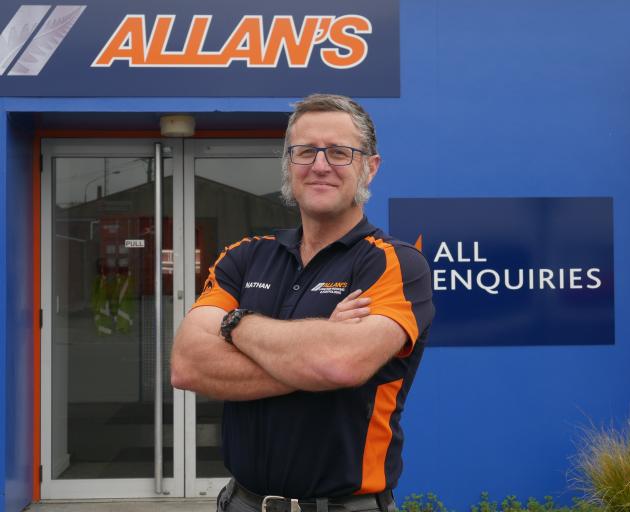 Roofer Nathan Leslie is one of seven finalists nationwide for the roofer of the year award. PHOTO: JESSICA WILSON
A Dunedin roofer is up for a national award.

Nathan Leslie, of Allan’s Roofing and Scaffolding, is one of seven finalists in the roofer of the year category at New Zealand Steel’s inaugural Colorsteel Awards.

The awards are designed to celebrate roofing and construction excellence.

Mr Leslie entered two properties he worked on, and was selected based on his work reroofing a Littlebourne villa about three years ago.

Although the work was ‘‘quite detailed and horrible’’, the result was great.

‘‘We got it done a lot quicker than expected so that was good.’’

Mr Leslie had been in the industry for about 21 years and was no stranger to competition.

He had just competed in the Roofing Games, so thought he would ‘‘have a crack’’ at roofer of the year.

He has won the Dunedin section of the games for the past two years, and was runner-up in this year’s New Zealand-wide competition.

The games involved installing a small ‘‘dollhouse-sized’’ roof in a set amount of time.

‘‘It was really fun.

‘‘It was just really cool to see the level of workmanship around the country and the different styles.

Mr Leslie said he was excited to be a finalist in the awards and would be attending the ceremony in Auckland on November 8.