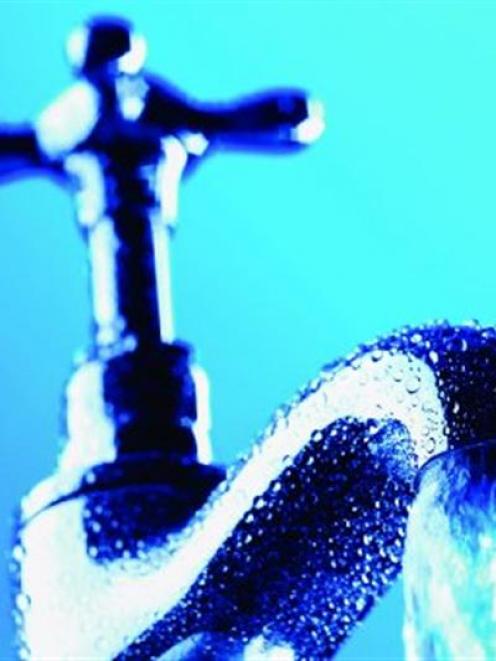 Dunedin residents' chance to tell the city council what they want for the future has come again, with annual plan hearings beginning yesterday. Decisions on major issues like the town hall extension - successfully quashed by opponents - and the stadium - a contract to build it was signed last week - have changed the political landscape. But as Dunedin City Council reporters David Loughrey and Chris Morris report, other issues are emerging.

Those issues, and requests for support from a host of community, heritage and sporting organisations, took centre stage when the Dunedin City Council annual plan hearings committee sat yesterday for the first day of a week-long hearing.

There are more than 800 submissions, with 240 people wanting to speak.

The issues changed the focus of the hearings from the last two years, when opposition to the stadium and the town hall extension dominated.

The town hall extension was changed following opposition, and the council has signed a contract for the stadium to be built.

Councillors had heard her thoughts on that subject, so she told the committee about her views on recycling, and that the user-pays system needed to stay, as it was important people paid for the rubbish they put out.

Chalmers Community Board deputy chairman Steve Walker, of the Harbour Cycle Network, asked whether the council's funding for the Port Chalmers cycleway was contingent on government funding, and asked for the council to be clearer about its commitment to the project.

Cr Andrew Noone told him the council was committed, but there were difficulties with the route from Maia to Port Chalmers.

Once the regional land transport programme, which was going through consultation, was completed, the situation would be clearer.

Other speakers also returned to the theme, with Dunedin woman Phaedra Upton telling councillors she was a regular cyclist but still did not feel safe on the city's roads - if anything, she felt less safe in recent years.

Sealing the road would increase traffic speeds and attract boy racers to what was a popular recreational cycling and mountain biking route, he said.

Presbyterian minister Selwyn Yeoman talked of his concern for the environment, and spending on the new stadium.

He said despite the certainty of global warming and peak oil, the council did not to have a clear policy on how to engage with those issues.

And the proposal to remove money from development of new social housing - the council voted in January to remove $10 million over 10 years - "appears cynical in light of the proposals for massive new expenditure".

Lala Frazer, of Save the Otago Peninsula (Stop), said she was pleased with the inclusion of sustainability and biodiversity in the annual plan, but the group wanted council staff given the job of ensuring that was dealt with effectively, and more funding for Harbour Cone.

Stuart McLauchlan spoke for the New Zealand Sports Hall of Fame, and asked for the continuation of funding for a facility that was New Zealand's national sports museum, and Academy of Sport (South Island) chief executive Kereyn Smith asked for the same for her organisation.

Dr Bruce Spittle raised his concerns about fluoride, which he said was not safe, while Anne Turvey again brought the council's attention to the need for a library in South Dunedin.

A delegation from the South Dunedin Business Association also queried delays in selecting a site for the new library, as well as arguing for greater provision of parking for shoppers and other projects, including signage and beautification.

While the city had a relatively modest level of rates, the council had to ensure the increases did not reach double figures in the next 10 years.

Robert Cochrane complained about the "arrogance" of council staff who, he said, seemed unwilling to answer questions and concerns.

Mike Gorinski said a referendum held recently on water was flawed, and there had been a "sudden and unexplained" rise in the cost of the sewerage scheme.

The arts also featured in yesterday's deliberations, with Blue Oyster Gallery director Janine Parkinson seeking $10,000 from the council to contribute towards operating costs associated with the gallery's wide-ranging artistic activities.

The gallery received $87,000 from Creative New Zealand last year, but future similar funding was now conditional on the gallery securing 30% of its operating costs from other stakeholders, she said.

A council contribution of $10,000, if granted, would be a more sustainable replacement for separate council funding - also of $10,000 - from discretionary funds, she said.

"We want the same amount but just to come from a different place," she said.

Community BoardsChalmers Community Board chairwoman Jan Tucker raised community concerns about getting rid of green waste with the closure of the Sawyers Bay landfill, an issue she said was causing widespread concern in the area, despite the "clean up days" the council planned to provide.

Otago Peninsula Community Board chairwoman Irene Scurr asked for the council to secure funding for road improvements for the area, including the work at the Pukehiki intersection, funds for work on the Portobello jetty, and funds for the Otago Peninsula Biodiversity Group to rid the peninsula of possums.

Mosgiel Taieri Community Board chairman Barry Barbour asked for a project to replace the Mosgiel community pool to be included in the long term council community plan, with project scoping to begin in the next financial year.

He acknowledged money for upgrading Riccarton Rd was in the budget, but suggested it be done as one project, not in stages.

Asked by Cr Chris Staynes if there was a will in the community to accept a targeted rate for the pool, Mr Barbour said he had not canvassed that, but the community had been willing to help pay for other projects in the past.

Strath Taieri Community Board chairman Barry Williams asked the council to consider financial support for the next Middlemarch Singles Dance in 2011.

The event was growing into one of national or international stature, with increasing media attention, and Natural History New Zealand was producing a documentary on the event, adding to publicity, he said.

Mr Williams also suggested a new targeted rate aimed at the growing number of rural lifestyle blocks, which was placing extra demand on the council for sealed roads and other amenities, to ease the burden on farmers.