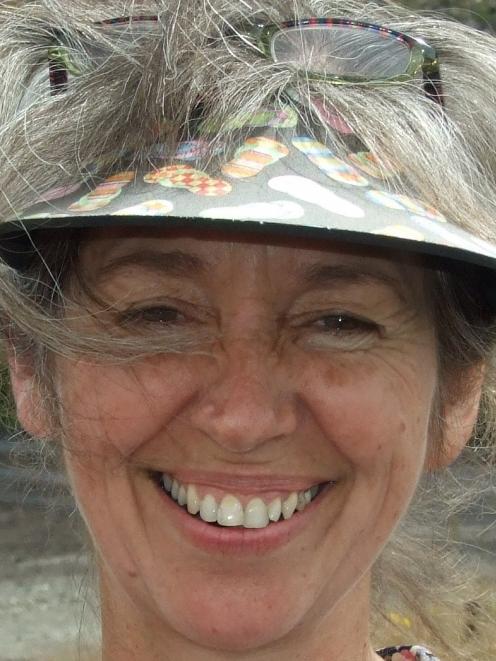 Rosemary Penwarden
Environmentalists and oil giant Shell are set to lock horns today over exploration of Otago's offshore oil deposits, with a public demonstration in the Octagon highlighting an invitation-only ''community meeting''.

Anti-oil exploration group Oil Free Otago has labelled the meeting at 10.30am at the council chambers a ''phony'' consultation, amid growing global concerns about the dangers of deepwater drilling.

Oil Free Otago spokeswoman Rosemary Penwarden said Shell's meeting would allow them to bring interest groups together to ''gain support for their drilling agenda'', rather than openly and transparently engaging with the public. She confirmed one representative of her group would attend the meeting.

''The demonstration aims to make it clear to Shell that they are not welcome to drill off our coasts under any circumstances.

''Therefore, we are unwilling to engage with them in any of their efforts to legitimise an enterprise that puts our coasts, our tourism industry and our climate at serious risk,'' she said.

Shell holds exploration permits off Otago and Southland's coast and could use either Dunedin or Invercargill as its base if it decides to begin drilling exploratory wells, at depths of 1300m to 1500m, possibly in the summer of 2014-15.

Shell, which has not hired a drilling rig or drilling ship yet, is still assessing $80 million of seismic data collated last year and a decision on whether it will drill is expected later this year.

The public and media were not invited because it was ''too early'' in the decision-making process and Shell wanted to ''engage'' with the groups specified to hear their ''thoughts and concerns''. He declined to identify the other invited environmental groups, saying they ranged from ''younger environmentalists'' to ''more established groups''.