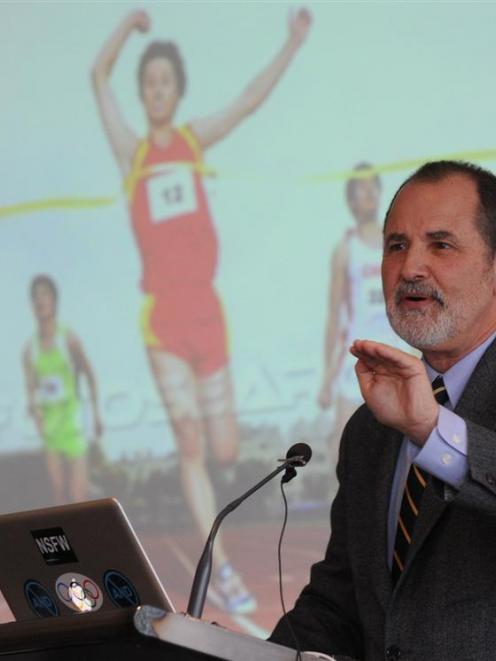 The professor for the study of ethics and human values at Dartmouth College, New Hampshire, discussed gene-doping in a lecture titled "What's fairness got to do with it?" in Dunedin this week.

He was speaking during a two-day symposium organised by Genetics Otago and the university's Centre for Law and Policy in Emerging Technologies.

Gene-doping is defined by the World Anti-Doping Agency (Wada) as "the non-therapeutic use of cells, genes, genetic elements, or of the modulation of gene expression, having the capacity to improve athletic performance".

Prof Green noted some aspects of sport were already, in some senses, unfair because winners were often born with highly favourable genetics, including, in some cases, unusually large lung capacity.

Some people had argued allowing gene-doping would "increase the fairness and inclusiveness of sports by reducing the impact of already existing natural genetic variations".

But he believed that, far from enabling less genetically favoured participants to compete, gene-doping would "very likely distort sport" by putting an overemphasis on winning.

It was also likely to lead to the "unsafe development" of what he termed an athletic "gene nobility", by which he meant a "kind of elite" which used gene-doping to further enhance their already large natural advantages.

"To the best of our abilities, we should prevent or minimise the entry of genetic manipulations into sports medicine," he said.