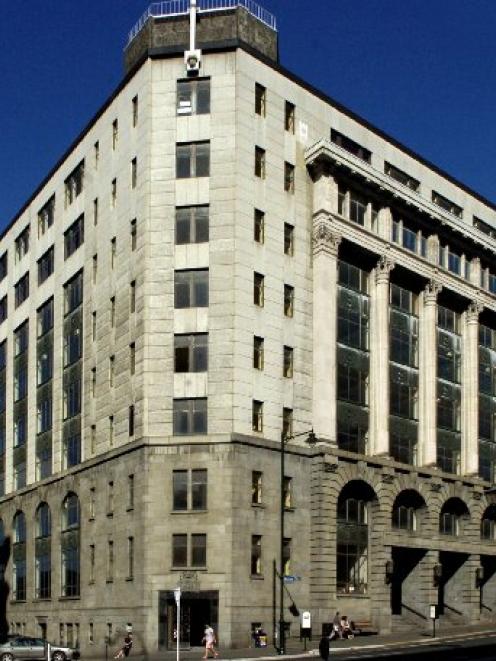 Another twist . . . The former CPO in Dunedin's Exchange. photo ODT files
The fate of Dunedin's former Chief Post office has taken another twist with fresh plans for a hotel development killing a proposal to convert the site into the city's central library.

Developer Geoffrey Thomson, who owns hotels in Queenstown, Te Anau and Rotorua, hopes to have a 4-star hotel open in in Princes St time for next year's Rugby World Cup.

"I think this is the most appropriate use of the building," Mr Thomson said in a statement on the Dunedin City Council website.

"We're disappointed our plans for the library have come to nothing. But the city will benefit from the development of a new hotel, which, like our library plans, will revitalise an iconic heritage inner-city precinct."

Full coverage see tomorrow's ODT.
After a bid to develop the building into a Hilton hotel failed, the DCC had been investigating converting the Exchange landmark into the city's central library.

But that proposal was cut short after a firm offer to develop the building as a hotel was received by its owners South Canterbury Finance, the statement said.