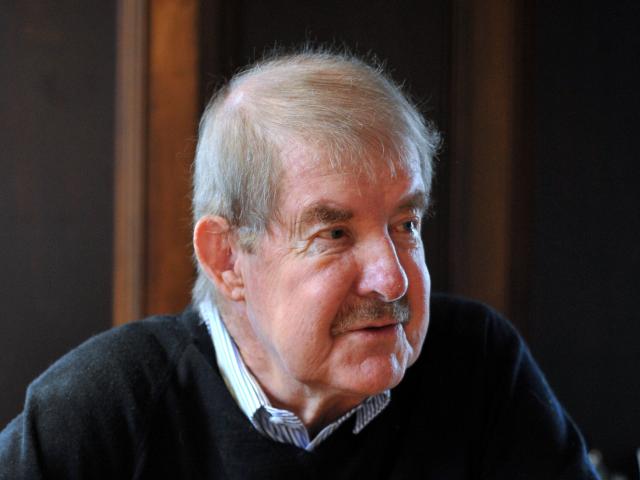 Jock Allison
The former head of Invermay says AgResearch's decision to scrap plans for a $206million research facility at Lincoln shows what a ''disaster'' the plan has been.

It was confirmed yesterday AgResearch had cancelled plans to build a research facility in partnership with Lincoln University, and would instead investigate building its own facility at the campus.

The change came after the Government rejected a third business case seeking $85million in government funding for the joint facility in December, The New Zealand Herald reported yesterday.

However, Dr Jock Allison - the former head of AgResearch's Invermay centre in Dunedin - told the Otago Daily Times the news showed what a ''complete and utter cock-up'' the plans had become.

Plans to relocate 85 science and support jobs from Invermay, near Mosgiel, to two new campuses - in Palmerston North and Lincoln - as part of AgResearch's ''Future Footprint'' plan were first revealed in 2013.

It was said at the time staff were not expected to relocate before 2016, but that did not stop a war of words erupting over the plan - led by the Dunedin City Council, Otago Regional Council and local politicians.

Since then, the number of jobs proposed to be shifted north had reduced, while other employees opted to quit and pursue careers elsewhere.

However, Dr Allison said almost all of the Invermay staff who remained with AgResearch were still working in Dunedin.

Six years on from the original proposal, that showed the idea was wasting an ''immoral'' amount of money without delivering results, he said.

Mr Hipkins should go further, by intervening and putting a stop to the entire Future Footprint project, Dr Allison believed.

Instead, he understood AgResearch would spend another six months designing ''another unnecessary building'' for Lincoln.

''They should take stock and leave Invermay where it is ... that would save $25million to $30million, minimum,'' he said.

Dr Richardson said in a statement AgResearch would now begin a feasibility study to build an ''innovation precinct'' in Lincoln.

All options were on the table, but the organisation remained ''committed to the principles of a campus development strategy''.

''We will continue to talk to interested stakeholders about their future involvement. Our strategic plans and staff relocation intentions remain unchanged.''

Asked if the planned relocation of Dunedin staff had been further delayed by the setback, Dr Richardson said the timeline would be confirmed once the feasibility study was completed.

Only three people had already transferred to Lincoln from Invermay, while a further six had been made redundant and three had resigned.

The economic future of the South is in eco-agriculture so we need to keep this world-class but local expertise here.