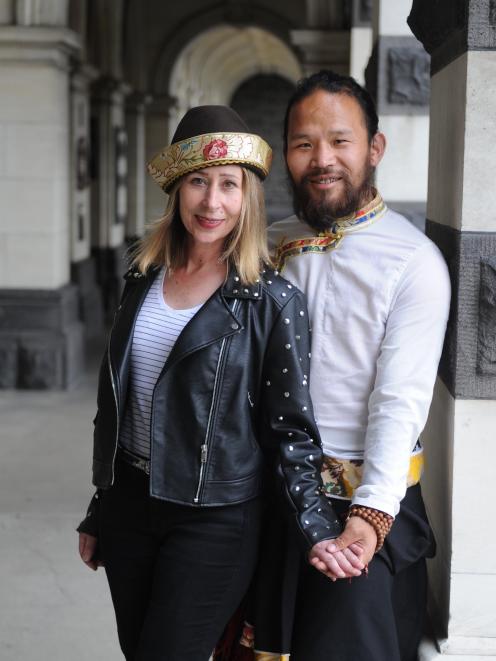 Dunedin couple Patricia and Dorjee Tsering are fighting to stay together in New Zealand after Immigration New Zealand questioned the validity of their marriage. Photo: Christine O'Connor
Dorjee and Patricia Tsering have certificates saying they are married in the eyes of Tibetan and Indian law - but Immigration New Zealand doubts they have a valid relationship and after it carried out an early morning visit to the couple's Dunedin home, Mr Tsering faces deportation.

They came to New Zealand after Mr Tsering was granted an interim visa, which expired on November 8.

He has 42 days to appeal his liability for deportation.

On October 3, Immigration officials made an unannounced visit to the couple's Dunedin home between 7am and 8am to investigate their living arrangements and question them.

The Tserings say they were in bed at the time and Immigration's visit was an unexpected wake-up call.

The small number of items belonging to Mrs Tsering at the apartment when officials arrived was one piece of evidence cited by Immigration New Zealand (INZ) in its subsequent letter to Mr Tsering, which said it believed the elements of ''credibility, genuine partnership and stable partnership'' had not been met.

The Tserings are fighting the decision, and are distressed the validity of their relationship has been questioned.

The couple acknowledge the age gap between them - Mr Tsering, a performer, is 28, Mrs Tsering is 54 - and that their courtship was for just three weeks, but are adamant their relationship is genuine and lasting.

''She is a very open person ... I want to spend our whole lives together and have a wonderful life with my soulmate together.''

Mr Tsering said his family knew his wife and had held a celebration of their marriage with them. 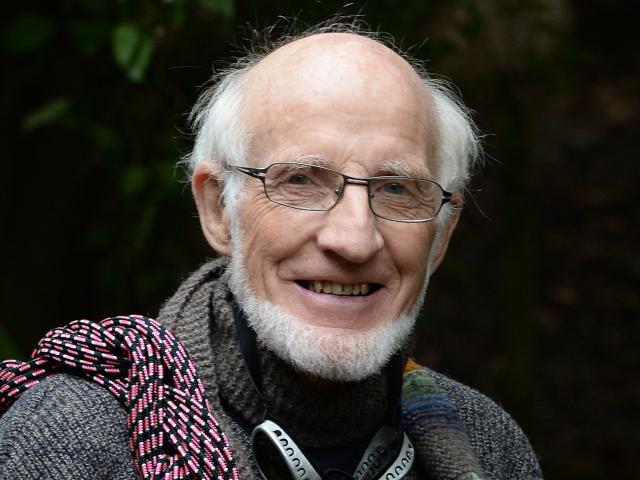 Peter Strang.
After coming to New Zealand, the couple stayed with Mrs Tsering's Palmerston North-based mother before moving to Dunedin.

Despite that, when INZ made its call, each had issues stating their parents-in-law's names when asked.

Mrs Tsering said that was due to cultural differences: in Tibet parents are not referred to by their first names

''It's the culture: you don't just call a parent by their first names.

''I've been in Tibetan culture for so long I just go along with that too. I just can't say Dorjee's mother's name, although I know it, but I never use it.''

Peter Strang - past director of Student Health at the University of Otago and Mrs Tsering's uncle - said family had no doubt his niece and Mr Tsering were a couple.

''She is older than he is and they did get married quite quickly, but it's OK for men to marry women younger than them but they raise their eyebrows when women marry men who are younger,'' Dr Strang said.

''But they made all sorts of assumptions [about their relationship] on pretty minimal evidence ... they have had family gatherings with us, they have helped with our garden, we have met for meals and had them for meals: there is no doubt in my mind there is evidence of a good relationship.

Associate Prof John Harraway, from the University of Otago statistics department, is chairman of the body corporate of Tsering's apartment building.

He believes the Tserings are husband and wife, and wrote a reference to INZ supporting them.

''I hope this situation can be sorted out for the benefit of all concerned,'' Dr Harraway said.

''I have no qualms at all [about the Tserings being in a relationship] based on my observations of them in the months they have lived here.''

''During the assessment of a partnership application we may decide to interview the applicant and partner or conduct a visit to the couple to help determine that the relationship is genuine.''

INZ was not satisfied the couple were living together in a relationship which met immigration requirements, Ms Foley said.

''It was noted that the declared duration between Mr Dorjee and Ms Goldsmith's first meeting and their marriage just over three weeks later was very short and they were unable to provide the names of one another's parents.

''INZ believes these factors demonstrate a lack of in-depth knowledge of one another's background after more than a year's partnership.

''During a site visit it was also observed that neither was wearing their wedding rings and there was a lack of Ms Goldsmith's belongings at the declared place of shared residence.''

Letters of support as well as supporting evidence provided by the couple were considered by INZ but did not mitigate the department's concerns, Ms Foley said.

The Tserings have appealed to Dunedin North MP David Clark for help. Dr Clark's office confirmed he knew of the case, but said he was unable to comment further.