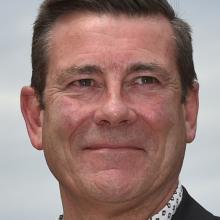 Mr Woodhouse, who is tipped to take over as health minister this year, was commenting after the closure of the Cadbury factory was confirmed yesterday.

"I think we will come to some important decisions in the not too distant future about the nature of the rebuild and its location.

"And my strong sense is that there would have to be a pretty good case to move it away from broadly where it is now.

"Therefore, if there is a need to look for land in the adjacent area [looking at the Cadbury site is] possible, but I think it is very early days to be speculating on that at this stage."

However, when contacted for clarification later in the day, he said it was "inappropriate" to comment on the future of the Cadbury site.

"These guys have just found out their jobs are about to be lost and thinking about whether the hospital will go there — I don’t think that’s helpful." 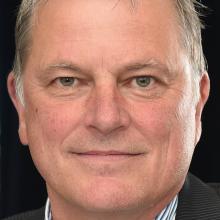 Andrew Blair.
He also clarified his comments about decisions being in the "not too distant future", saying this was in the context of the timeframe the Southern Partnership Group had "set for itself" for making decisions on the rebuild.

"This is a 10-year programme of work and we are 18 months into it, so when we are talking about the not too distant future, it needs to be seen in the context of that timeframe."

Southern Partnership Group chairman Andrew Blair said it was still finalising a shortlist of options for the indicative business case  for the rebuild.

Until the project proceeded to a preferred option it was not in a position to consider specific sites, Mr Blair said.

Mr Woodhouse also said he hoped the production of some Cadbury products, including Chocolate Fish, Jaffas and Pineapple Lumps, would remain in Dunedin, but accepted there were barriers to retaining production lines in the city.

"I think we need to be realistic about the prospect of that, but the fact that Mondelez is still prepared to have those conversations is encouraging."

The barriers included the fact there was no alternative confectioner in the city to take over production.

The plant required to produce those products was also "very large", which meant it would be a "challenge" to identify an alternative site in Dunedin.

"Obviously the best outcome would be to keep the production capacity where it is.

"But those are all variables and considerations that I will want to explore with [the working party] over the next days and weeks."

He would also push for Mondelez to allow workers to take up job opportunities before the factory closed without losing their redundancy payments.

He disputed Etu’s suggestion the job options available in Dunedin were largely part-time and minimum wage and pointed to a recent report showing 1483 jobs were added to the city’s economy in the two years to March last year.

However, he accepted some affected staff may not find jobs that paid as much as the ones at Cadbury and others may need to retrain.