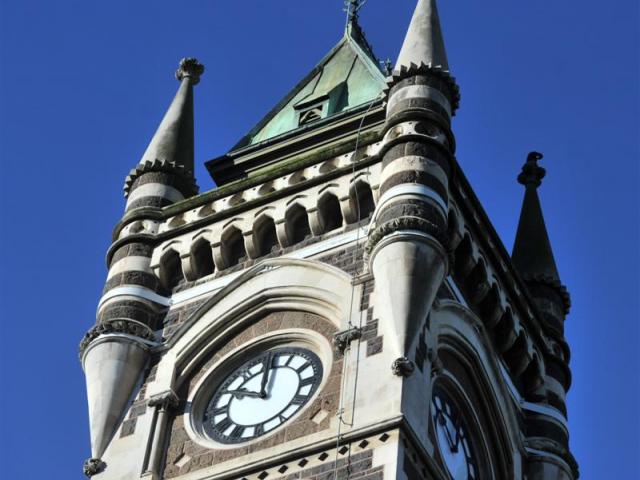 One person claiming to study medicine at the university anonymously posted to a website, describing a ‘‘gruelling and expensive degree’’ and questioning the educational value of some electives. PHOTO: ODT FILES
Some University of Otago students have defended medical interns who inaccurately completed paperwork and went on holiday instead of finishing their placements in Eastern Europe.

They described their actions as "understandable".

One person claiming to study medicine at the university anonymously posted to a website, describing a "gruelling and expensive degree" and questioning the educational value of some electives.

"If you do a surgical rotation in Europe, you will not be doing the surgery or doing anything remotely lifesaving.

"In the grand scheme of things, it doesn't really matter if you spend six weeks following a doctor around like a lost dog, or only two weeks and spend the remaining four weeks travelling and getting cultural experience and a much-needed study break."

The post attracted hundreds of comments, some other students on the page asking how it was possible to trust a doctor who forged documents.

A formal investigation launched in September into Otago students not finishing their electives is complete.

"Most of them have actually been there for a six-week period and there's obviously a week allowed for travel, so instead of five weeks the vast majority of them have only spent the one week in the centre where they were [supposed to be] and then they've produced a report suggesting that they were there for the full five weeks," he told RNZ yesterday.

Prof Taylor said the false reports were the most serious aspect of the case, and they put a "stain" against the students' futures.

All final-year medical students at the university undergo a three-month elective, which can be undertaken in New Zealand or overseas. Often, students undergo two placements of five or six weeks at a time, in different locations.

They receive a government grant of $26,756 for the entire year. However, if travelling overseas, they fund their airfares themselves, and they are not paid by the institutions in which they choose to work.

A university spokeswoman said the students would have to repay their grant at a rate of about $500 per week they had taken off.

A decision on whether the medical students concerned will be allowed to graduate will be made later this month.

Ethical considerations will also be addressed in that timeframe by the MB ChB Fitness to Practice Committee - which can refer individuals to the New Zealand Medical Council.

Despite comments on social media suggesting in previous years elective reports had also been falsified, Education Minister Chris Hipkins told RNZ the Tertiary Education Commission had spoken to Otago and the University of Auckland and it appeared this was an isolated incident.

An Otago university spokeswoman told the Otago Daily Times it was not aware of other cases in the past.

While students were observing rather than treating patients, the experience was still "hugely valuable", Dr Powell said.

If students chose a Third World country to travel to, they also already had six years' worth of medical knowledge to convey - more than many of the doctors in other countries might have, she said.

This behaviour, and it's defence by fellow students, reeks of self-entitlement and privilege. A "gruelling and expensive degree" it may be, but only relative to the privileged life you've led to date. There are many who have a far grittier definition.
As for "following a doctor around like a lost dog", you are a student, how can you know what matters in terms of your curriculum? Get back to us after 10 years practice. Perhaps the intention is to relieve you of your arrogance and develop a little empathy for that all important bedside manner.

Why are these adult students treated differently? If an unemployed person goes into a liquor store and steals $26k of stuff/money- he/she goes to prison. If a med student does this to the NZ tax payer- they get to pay back (because they were caught)- where is the equal justice under law? Also, if these adults can not tell the difference between right and wrong when they are 20 +, what else are they going to do to rip off the NZ tax payer in the future?

In regard to the tax payer grants they had been given, they committed fraud.
In regard to their falsified reports to the university, they committed fraud.
In regard to those defending their actions, they see this as a misdemeanor.
Such acts are not representative of exuberance but of entitlement and very low ethical standards.
Entitlement and low ethical standards are the cornerstone of predicted future behavior and as such a massive red flag.
In light of the current murder case involving a Dunedin doctor and the increasing number of complaints against doctors in general, we must start asking what is going on in our medical schools and Medical Council.
As they say, a fish rots from the head first.

As an ex-academic staff member who taught a number of years at Otago, I am personally disgusted. Disappointed with the 15 students who deserve to be thrown out of the course. They do not deserve to be doctors. Also, more importantly, I am furious at ANY staff member that effectively let them have such a pass and do not support criminal investigations of them by the police. Are we nurturing criminals in our educational establishment for the sake of the almighty dollar? Both students are staff heads' should roll. They would in any private company.

What's the big deal? Politicians tell little white lies and steal money from us all the time. Same with government workers for example; DCC going to china just before the elections. Where is the outrage there? Nothing ever happens to them when they commit fraud so why go after the students? In the student's defence, at least they worked hard to become doctors and most will give back to society. Wish the same could be said of our politicians. If you want the rules enforced they need to be enforced for everybody especially the politicians.

How many other non student have to be punished for wrong doing before you give the green light to go after student who commit fraud? Name a politician who has stolen money and gotten away with it, name one.

You are right on some points. Entitlement is on the increase, ethical standards are on the decrease, appreciation of the fantastic life we can have in NZ is on the decrease, an understanding of what underpins our society is barely understood and that rot started in our universities, where it has percolated into our business and governmental environments.
This is not the students fault. It started a couple of generations ago.
My generation accepted post-modernism, in the name of liberalism, with no understanding of the consequences.
Now we see those consequences every day in our families, streets, courts and media.
The sooner we address our willful blindness, as to the part we all have played in deteriorating societal standards, the better.
This is a good place to start.
Yes, it will be hard on those involved but we must start somewhere.
Hopefully they will do some serious soul searching and be all the stronger for it.
Hopefully the university and the Medical Council will do the same.

Send them to follow around a doctor in rural PNG and they might get over themselves and actually learn something as well as give back a little of what the state has paid in subsidising their fees. Or make them repeat the year before they go into NZ hospitals.