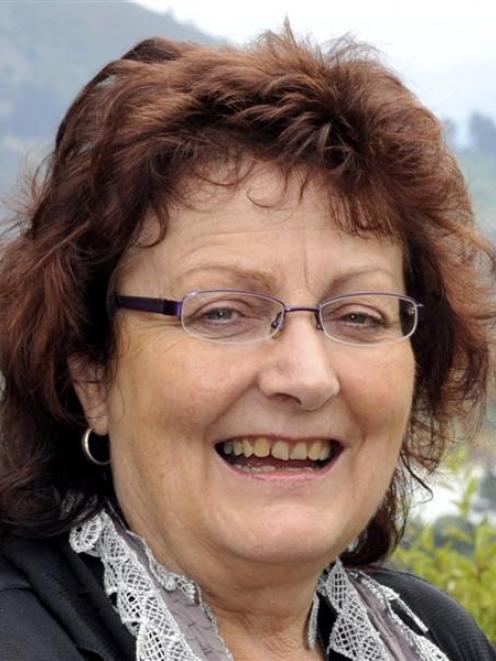 Nicola Taylor.
A programme to protect babies and young children in Dunedin has been granted funding for a few more years but those in rural areas remain at risk, a social agency director says.

The money helped up to 214 vulnerable babies and young children in Dunedin, she said.

The social work agency had 13 frontline staff helping up to 18 children by creating positive parental behaviours, she said.

The staff acted as role-models, helping parents with the child's development and discussing the detrimental effects of family violence on children, she said.

Support was available from the second trimester up to the child's fifth birthday, she said.

Initial visits were weekly but staff generally became less involved as the child got older but visits depended on need, she said.

For example, a parent with postnatal depression might use the service for a year, she said.

"It's pretty powerful, when it reaches the right people."

But there were children in Dunedin who died as a result of neglect or failure to provide medical care, she said.

Parents most at risk would not engage with the voluntary service unless coaxed by family or community members, she said.

The programme was mostly being used by the middle to high-risk range of families in Dunedin, she said.

Although the service helped families in Outram, Portobello, Waihola and Waikouaiti, the more rural areas in Otago were not included, she said.

Similar services were available in Alexandra and Balclutha but they were less intensive, she said.

Dunedin was one of the first cities to adopt the programme in 2000 and it was available in 32 cities in New Zealand, but funding for five contracts was dropped this year and a dozen were renewed for just a year, she said.

Dunedin received a three-year renewal because of the high quality of work, she said.

Salaries of frontline staff were 40% lower than similar work by social workers in the health industry, but staff retention was high because of job satisfaction, she said.

Although the family start programme began in Dunedin, the prototype for the programme, called Early Start, was developed in Christchurch, she said.

Recent results of research from the University of Otago, in Christchurch, showed the Early Start programme dramatically reduced child abuse, she said.

Prof David Fergusson, of the University of Otago, said the research followed two groups for nine years since 2000 to measure the benefits of the programme.

The research compared 221 families on the programme, with 223 control families, with similar difficulties, who were not in it.

The study found children in the programme had a 50% lower rate of physical abuse compared with the children outside it.

Children in the programme had about a third fewer hospital admissions for non-accidental injuries than children in the other group, he said.

Children in the programme were physically abused less, had fewer hospitalisations for injuries, used health services more and had greater enrolments in preschool, with parents reporting more positive and less punitive child-rearing practices, such as smacking, he said.