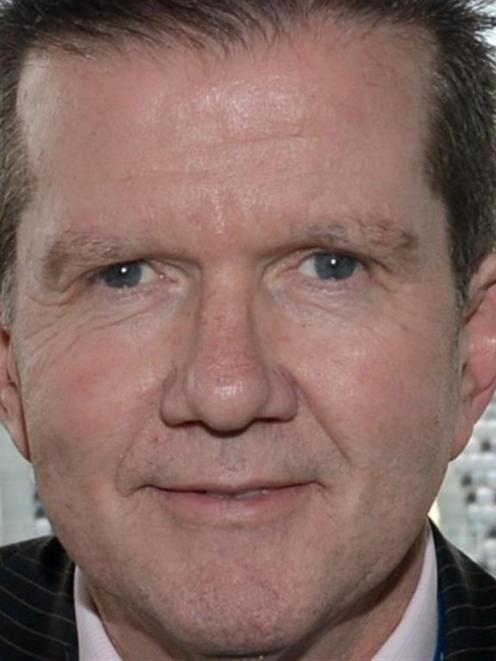 Terry Davies.
A festival atmosphere and an end to chilly December fixtures is promised as Dunedin Venues Management Ltd takes over the hosting of international cricket.

The news the council-owned DVML is taking over hosting at University Oval from Otago Cricket came as it was announced yesterday the ground would host three internationals over the next two seasons, including a test against South Africa next March.

DVML chief executive Terry Davies said it was hoped the new regime would bring more top-quality cricket to the ground, which would help drive economic development in the city.

As part of its discussions with New Zealand cricket, DVML was focused on attracting post-Christmas matches where weather was less of an issue and when students were in town.

"We are not in the game for chasing B-grade content. If we are competing, we want to go after the best we can possibly get.''

It was promising a "festival'' atmosphere through the introduction of quality food and beverages, entertainment and post-match activity.

The focus was on making the cricket a better social experience and the ground the "place to be seen'' during matches.

DVML could use equipment from its other venues, including video screens from Forsyth Barr Stadium, to improve the offering.

It was a big win getting the first test match against South Africa next season, which was "probably the premier event of the summer for cricket''.

The commercial terms of the new model were "confidential'', but some money would come back to DVML and Otago Cricket would not lose out financially.

"At the end of the day, we are growing the whole pie, so everybody will be a winner.

"All we are doing is working together to out-bid other cities who are going hard to try to take content away from away from us.''

The new arrangement could result in DVML taking over curating the pitch.

Otago Cricket Association chief executive Mike Coggan said he was still working through the business model with DVML but international matches would remain an important revenue opportunity for the association.

"I can't imagine it being any different from at any time in the past.

"We concentrate on our core responsibilities, which is the delivery of the cricket, and DVML deliver the event component.''

"It is really about the concept of the event they are looking to deliver and they are really elevating test cricket. They are looking at extending the hospitality perimeter of the venue, so if you can imagine entertainment and big screens out the back so people can come and go from the venue to enjoy that.''

The work done to increase capacity at the ground was vital, he said.

The matches to be held at University Oval in the next two seasons are: