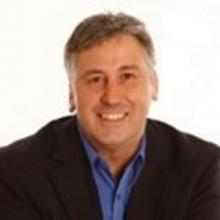 Barry Kloogh. Photo: Linkedin
The Financial Markets Authority says it is working to secure and preserve client funds, after the offices of a Dunedin financial planner were raided yesterday.

Barry Kloogh's offices were visited by the FMA and the Serious Fraud Office.

No charges have been laid against Mr Kloogh, and the SFO declined comment on the nature of any complaint it had received, or the scope or detail of its inquiries.

The SFO is only called in for serious or complex fraud cases and does not become involved in civil cases.

The High St office of Breathe Financial and Financial Planning Ltd was one of the premises visited by the SFO as it executed search warrants in relation to its investigation.

A worker in a nearby business, who did not wish to be named, said a team of officials took away a large number of boxes filled with material.

Mr Kloogh was not at his home last night and did not return calls.

One Breathe customer, who did not wish to be named, said he and his wife's entire life savings were invested with the firm.

"It's all unknown at the moment, but it's absolutely devastating - we've been with Barry Kloogh for maybe 30 years."

The news was the second shock for the investor, who is also battling serious health issues.

He said he had had no inkling of any potential issues involving Breathe or Mr Kloogh.

Mr Kloogh, self-described in a press release as "one of New Zealand's leading authorities on wealth management", has been involved in various financial advice businesses.

An earlier incarnation of Breathe, Financial Planning Ltd, was listed as having offices in the United States, Britain and Dunedin.

The firm was relaunched in 2015 and moved to High St.

Mr Kloogh has been an authorised financial adviser since 1993 and his portfolio included Breathe, Strategic Wealth Made Simple, and Debt Breaker.

An archived company press release quoted Mr Kloogh as saying he had helped his clients shed more than $10million worth of debt over the past eight years.

Both the FMA and the Serious Fraud Office refused further comment yesterday, as the inquiry was ongoing.

They would not specify which of Mr Kloogh's companies were being investigated, the number of investors affected or how much money was involved.

The SFO mandate includes cases where there are multiple victims, the alleged offender is in an important position of trust, the alleged criminal transactions have significant legal or financial complexity, or if there are allegations of bribery and corruption.

The FMA said it was working to secure and preserve client funds, while the SFO urged anyone with information on Mr Kloogh to contact it.