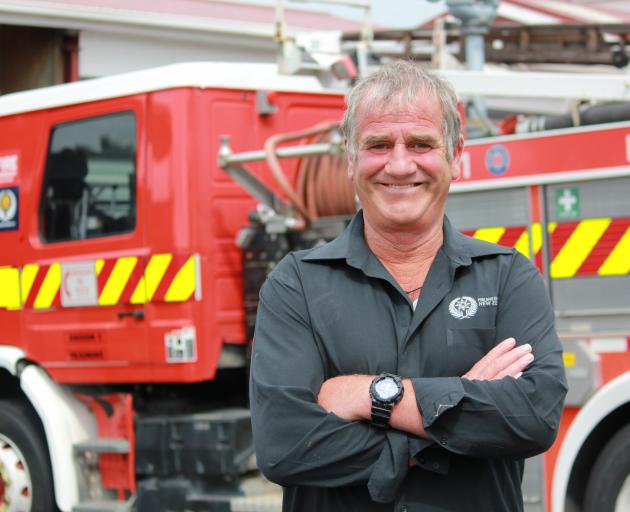 Otago District Principal Rural Fire Officer Graeme Still said Dunedin was still relatively green for this time of year, but summer had finally arrived and it was quickly drying out.

Over the past two weeks, temperatures have ranged from 18degC to 25degC in the city, and there has been plenty of wind and little to no rain.

The dry weather is forecast to continue until the end of March, and Mr Still said Dunedin’s fire danger level could reach ‘‘high’’ within the next week.

‘‘We might get the odd shower here and there, but that won’t be enough to stop the fire risk tracking upwards as we move through the summer.’’

As a result, Fenz had implemented a restricted fire season across the city.

This is the time of year when Dunedin is most prone to large-scale fires.

On January 31, 2018, a massive fire ripped through Burnside, damaging businesses, closing the Southern Motorway and causing the evacuation of 100 houses in the area.

‘‘We’re nowhere near the level we were at in 2018 yet. The fire indices were extreme that year.

‘‘We’re only at ‘moderate’, but we’re quickly tracking towards a high level.’’

Ironically, the rapidly increasing fire danger was partly caused by the heavy

rains Dunedin had received in December, he said.

After a lengthy dry spell over October and November, about 100mm of rain fell on the city in December, causing widespread plant growth.

‘‘It gave us a lot of fuel. We’ve had good growth, but now that growth is drying out with all the winds and warm temperatures that we’ve had. That’s what people need to be aware of.

‘‘Even though it’s looking green, the winds are drying out those fine fuels quite quickly, and stuff like grass is going to seed.

‘‘When you get that seed, it only takes a spark to set it alight.’’

A spark was all it took to cause the devastating wildfires at Deep Stream and Flagstaff last year.

There was a lot of moisture in the ground, but 5000ha was still able to burn at Deep Stream because the fine fuels dried out quickly in the wind.

‘‘It’s for land-clearing mainly - anything that involves an open flame.

‘‘People using gas barbecues are still fine, but if you want to light a charcoal barbecue or a camp fire, you have to get a permit.’’

He suggested Dunedin residents visit the Fenz website, checkitsalright.nz, to see if they needed a fire permit for their activity.

‘‘Check it’s all right before you light fires.’’