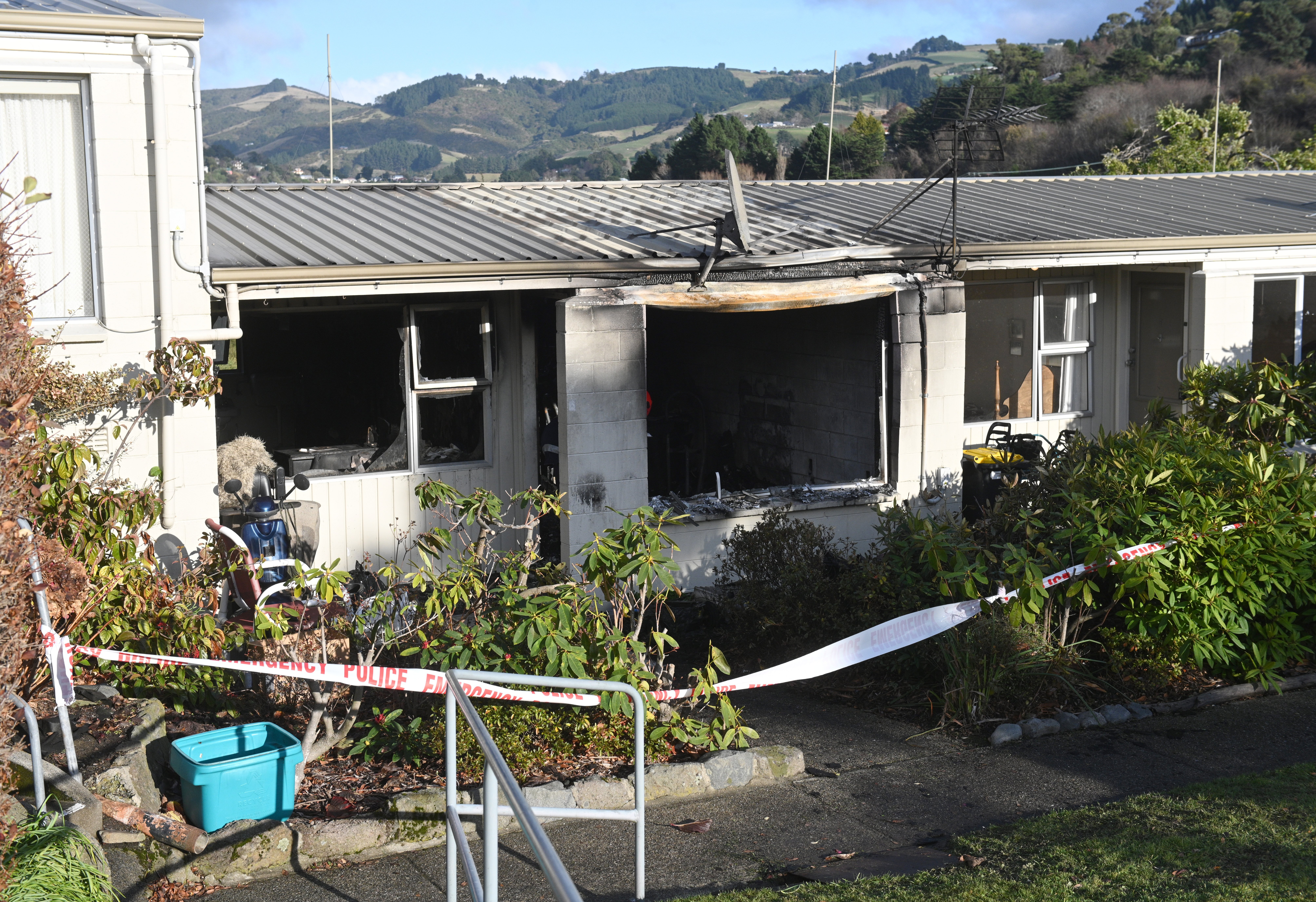 The burnt out unit after a recent fire at Currie Court council flats, in Port Chalmers. PHOTO: LINDA ROBERTSON
Several Port Chalmers residents have expressed concern there is only one escape route in their Dunedin City Council flats, after an elderly neighbour was critically injured in a fire last week.

He was in a critical condition and a Dunedin Hospital spokeswoman said the man remained in intensive care.

His neighbours Gordon Ross and Danny Brown believed the man may have been trapped at the back of the flat, and the fire may have blocked his escape through the front door, the only exit.

They said the man may have escaped without injury if there had been a back door or alternative exit.

They called on the Dunedin City Council to investigate emergency exits in the flats.

She said community housing staff had been in touch with residents in the Currie Court complex to check on their welfare, and would continue to do so.

She said all of the council’s housing units met the relevant regulations for the time they were built.

"Due to the size of these [Currie Court] units, a single entrance/exit is all that’s required.

"Our units are regularly inspected and all contain smoke alarms which are frequently tested."

She said it was too soon to consider any possible changes.

"We need to first receive and consider the fire investigator’s report."

Fire and Emergency New Zealand fire investigator Mark Bredenbeck believed the fire was caused by a radiator heater sitting too close to a chair.

He said at this stage he could not comment about whether or not the flats should have emergency exits.