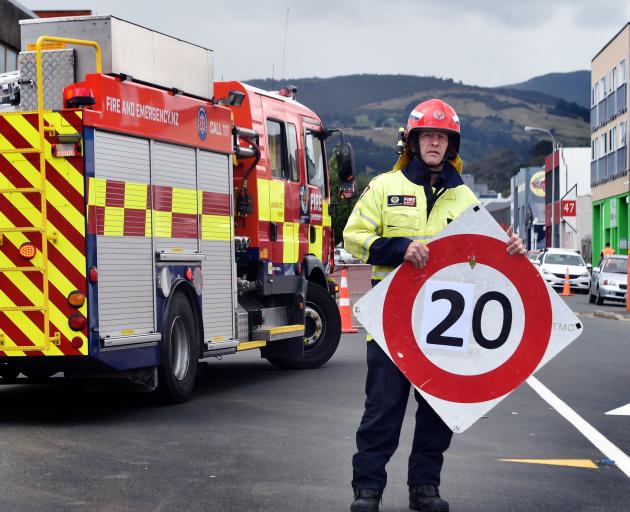 After daily incidents and near misses, Dunedin firefighters have had enough.

They are urging people to slow down at incident scenes to avoid putting crews in danger.

Dunedin senior firefighter Blair Harcus said people often sped through scenes, even when fire trucks were blocking most of the road.

In some cases, people drove up on to footpaths or through traffic cones to get around an incident.

The speed limit for people driving past crash scenes is 20kmh, but people rarely observed that, he said.

"There’s been a lot of near misses. Sooner or later, something will happen."

Fellow senior firefighter Geoff Powell recalled being hit by a car while responding to a couch fire.

Firefighters had used water to put out the blaze, which had generated plenty of smoke and steam.

Despite the visibility issues, a man decided to drive through the scene.

"My colleague grabbed me and pulled me to the side as I bounced off the front panel of the car and landed on the windscreen," Mr Powell said.

"I said to him, ‘you had to drive around three fire trucks to get to where I was. Don’t you think that was a little bit of a signal?"’

Qualified firefighter Liam McCall said in one instance, firefighters had blocked a street with a fire truck because the police dog squad was looking for someone who had absconded.

"Two cars tried to squeeze between the truck and the stop sign to try to drive into the scene," he said.

Fire trucks had also been driven into, and firefighters had been abused for blocking a road at a crash scene.

"If there are lights going, there’s obviously something going on, so slow down," he said. 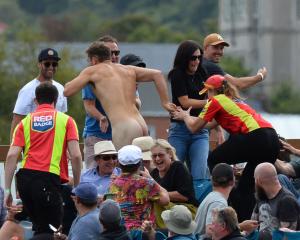