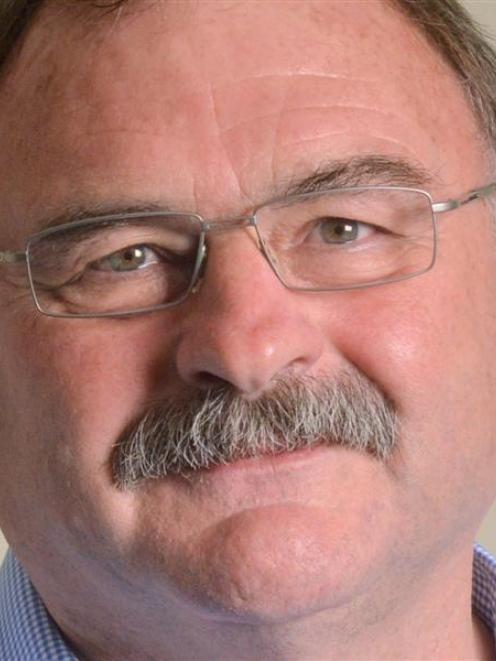 Dick Bunton.
The cause of water leaks with no obvious source has to be found before Dunedin Hospital's surgical theatre suite can be fixed so it can operate smoothly in all weathers.

The department was drenched on Good Friday, during persistent heavy rain in Dunedin, prompting the Southern District Health Board to promise it would drop its maintenance approach to patching the recurring problem, and find a permanent fix.

Patient services medical director Dick Bunton said yesterday the leaks on Good Friday that desterilised surgical equipment were from a new, internal source. Before, water had entered only around windows.

The theatre suite, which is on the fifth floor, had a floor directly above, so it was not a straightforward problem.

''How long's a piece of string?'' he said, when asked when it would be fixed.

''We've got to find the problem first.

''It will be fixed as soon as possible, but I can't give you a time and date.

''The building guys are trying their best to identify what the problem is.''

Mr Bunton said the affected equipment was re-sterilised, and there was no permanent damage to supplies or interiors. It did mean some extra work for staff.

He said staff were not complaining to senior management about the problem.

''You will probably hear about it, because people will ring you before they ring us.''

Asked if that was because staff had given up on the problem being fixed, he said no, ''because they know that you'll print anything that's adverse''.

In a statement this week, acting chief executive Lexie O'Shea said the board was ''scoping the size of the work required''.

''Once this has been determined, we will undertake this work as soon as possible. We do not have a cost estimate at this stage, but we will prioritise this work to ensure that it gets done.

''It is clear that the current approach of maintaining an ageing asset is not working, and that far more comprehensive building work is required,'' Mrs O'Shea said.

Association of Salaried Medical Specialists executive director Ian Powell said senior doctors had been concerned about the general condition of the theatres for years, and ''it's surprising that it's not been resolved''.

Mr Powell said it highlighted the importance of investing in facilities, and the financial stress on the board.

''If it puts a bit of further pressure on the deficit, well so be it. At the end of the day, patient safety is more important than a deficit, which is often artificially created by inadequate funding.''