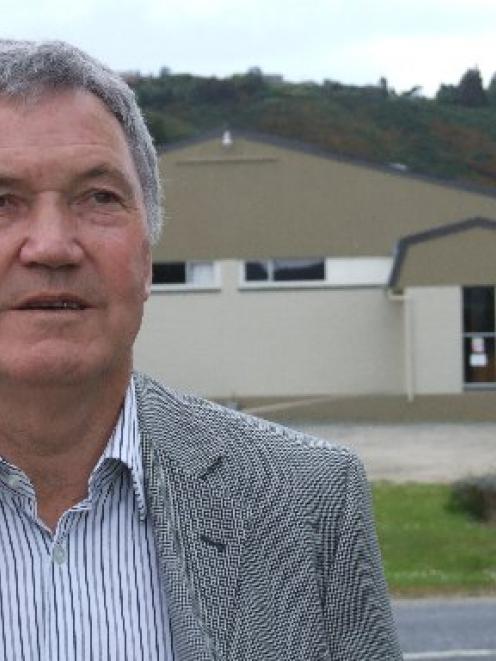 Allegations of "rogue'' behaviour, cheques written without proper approval, and attempts to "hijack'' the committee have boiled over into the public arena since an extraordinary general meeting held last month.

Mosgiel-Taieri ward councillor Syd Brown, who attended the October 4 meeting, has asked Mr Chin to mediate between the "obviously dysfunctional'' and "incompatible'' committee factions, which have divided into Wingatui resident and non-Wingatui resident camps.

Mr Brown said a new committee was formed in October last year to tackle the hall's $41,000 mortgage debt, which is owed to Dunedin City Council.

The committee had appeared to be ``going in a good direction'', he said.

"It was starting to pay its bills and accumulate some funds''.

But documentation given to him by both sides "showed it had become obviously dysfunctional and the two groups were incompatible'', Mr Brown said.

He proposed at the meeting that a mediator be appointed to "bring about a new direction'' and draft a new constitution and rules to be approved by the Wingatui community.

His proposal was unanimously approved by the about 70 people present at the meeting.

"What is paramount for the community is that it has a hall which delivers for its needs, is an asset which the community can be proud of, and pays its way,'' Mr Brown said.

Mr Chin said there had been several meetings with the committee since he was appointed mediator and he believed "we are making progress''.

It would be inappropriate to make any other comment on the cause or the nature of the dispute, he said.

The gap between the two groups appears to still be extremely wide.

Bex Hill, who is chairwoman of the hall committee, yesterday told The Star activities organised by herself and other "new blood'' committee members during the past year had increased the hall's funds from $400 to $10,000.

But the "older school'' who"`for 20 years didn't give a rat's about the hall'' now felt "I've hijacked it, because I live in Fairfield and not Wingatui'', Ms Hill said.

Ms Hill said a committee meeting would probably be held next week to ask committee treasurer Brian Isaac to stand down.

Mr Isaac, who was involved in building the 30-year-old hall, said he consulted seven members of the committee ``before putting in the constitution'' and "the cheques were approved by those same people''.

At the next meeting with Mr Chin to consider a new constitution for the hall society, Mr Isaac said he would be "pushing for the membership not to be opened up to all and sundry or, if it is opened, then a controlling interest must be with Wingatui members''.

He did not want to comment on the plan to ask him to stand down as treasurer.

"I don't want to inflame the situation any more than it is,'' he said.

Maurice Prendergast, a former Dunedin city councillor who now lives in Wingatui, said the committee "seems to have been captured by a well-meaning group of people who don't understand the need for basic administrative disciplines.''

Mr Prendergast suggested the city council might have to "step in as temporary administrators until all the issues ... have been sorted out''.