Four people are assisting police with their inquiries following a threat at Otago Boys' High School on Friday.

The online threat led to the school being evacuated, and nearby roads being cordoned off, for several hours on Friday morning. 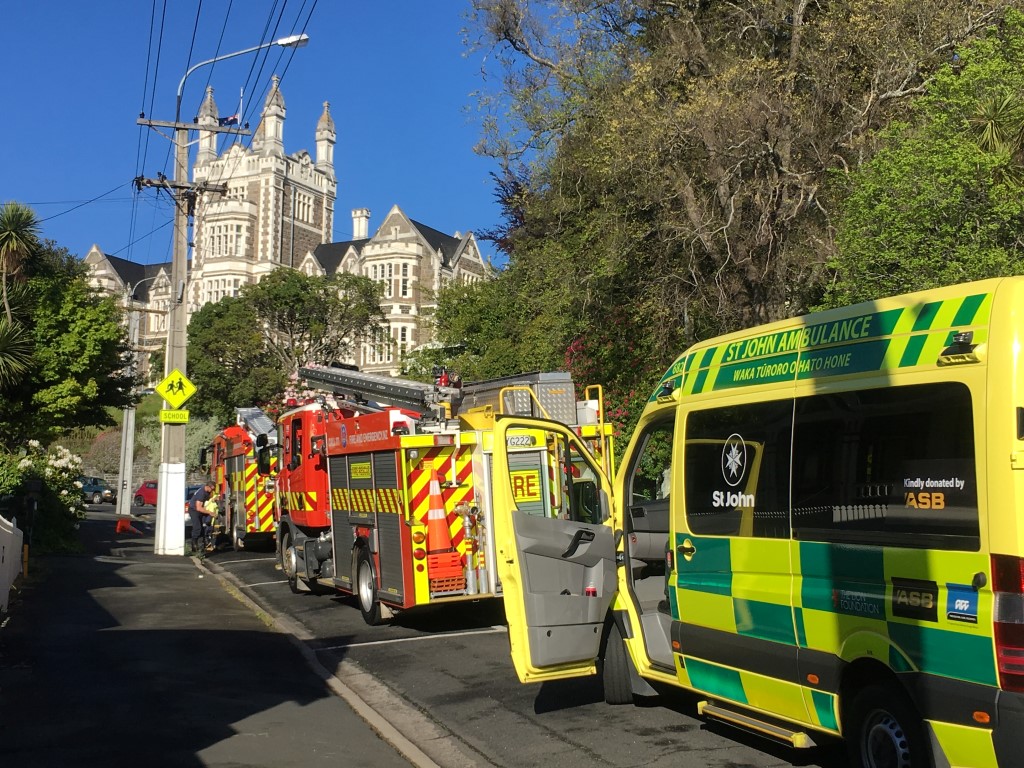 Emergency services at the scene on Friday morning. Photo: Stephen Jaquiery
The incident disrupted morning exams and led to a scholarship calculus exam being moved from OBHS to John McGlashan College, while a level 2 physics exam was shifted to St Hilda's Collegiate.

About a dozen pupils went to the exam at John McGlashan and about 70 boys went to St Hilda's to complete the physics exam.

A police media spokesman today said investigations into the incident were ongoing, and four people were "assisting with inquiries''.

Police are working through information collected and assessing its relevance.

''No arrests have been made at this stage.''