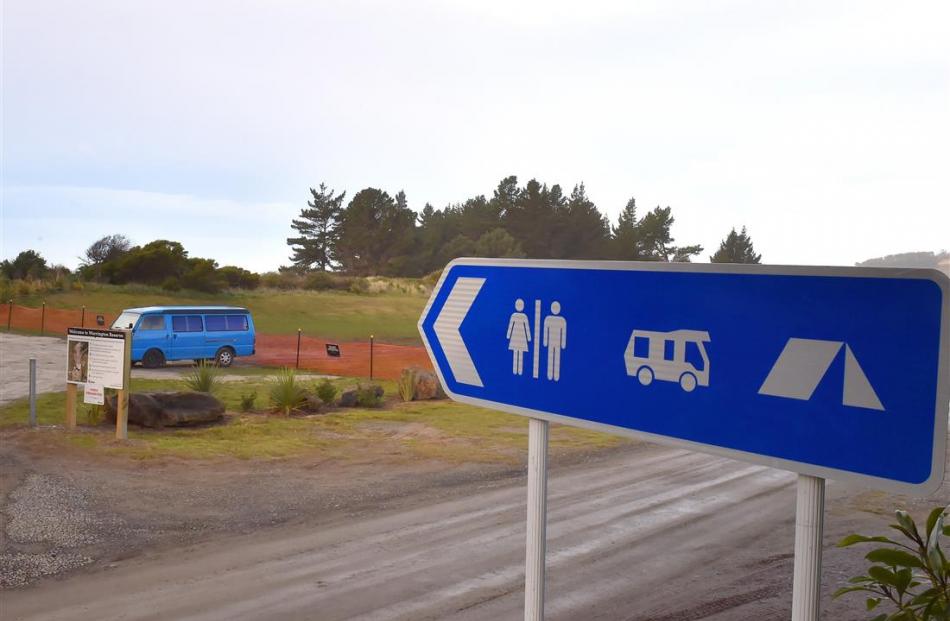 The Warrington Domain, which some residents would like to see available only to self-contained camper vans. Photo by Gregor Richardson.

A Dunedin runanga says freedom campers are dumping human waste on its burial grounds, as the fight to control camping at the Warrington Domain steps up to a new level.

Kati Huirapa Runaka ki Puketeraki is one of three organisations associated with the domain which have sent letters to the Dunedin City Council calling for a ban on all camping there (other than self-contained camper vans with toilets), and a review of regulations.

The runanga, the Warrington Surf Lifesaving club and the King's High School Recreational Trust, which administers a facility by the domain, say their issues dealing with human excrement left at the site, and bad behaviour from some campers, must be dealt with.

The letters follow discussions in the community after Warrington resident Rhys Owen presented a petition to councillors in June calling for action.

Mr Owen noted yesterday the next camping season was not far off.

The matter is with the Waikouaiti Coast Community Board, but it appears unlikely anything will be done before the next influx begins.

In his letter to the council, runanga chairman Matapura Ellison said he was concerned about the "unprecedented occupation'' of the domain last summer.

Warrington was a favoured residence for Maori in older times, once having a population of 3000, and was a permanent settlement, a food gathering site and had a fenced stockade.

As well, it was a burial ground.

"The dead are there at rest.''

Mr Ellison said archaeological deposits near the playground were in danger of being disturbed by the extra visitors, and "we have also heard numerous reports of the dumping of human waste on the urupa (burial ground) site''.

"To tangata whenua, this practice is culturally abhorrent.''

"It is unjust that groups must negotiate faeces, toilet paper and other nasties in order to gain access to the beach and forest areas, due to the wilful vandalism and utter disregard of some visitors.''

Warrington Surf Lifesaving Club chairman Mark Familton said the club faced the loss of the domain as a recreational and training space.

Members regularly picked up human excrement from walkways and among the pine trees. Campers used showers, sometimes without asking.

"Many of the club lifeguards are aged 14 to 18 and now find themselves having to deal with complaints from the campers about the standard of the council facilities,'' Mr Familton said.

Mayor Dave Cull said there were advantages to communities in welcoming freedom campers -and disadvantages.

He had already gone on the record saying the Government needed to rethink freedom camping legislation, after rising numbers in Dunedin and elsewhere appeared unsustainable.

Since the council put bylaws in place numbers had gone "through the roof''', and it was an appropriate time to look at them again.

Community board chairman Gerard Collings said the issue would be discussed at the board's next meeting on August 10.

He had offered to meet the letter writers personally, and two had so far said they would.

"I just want to sit down and hear their concerns and work through as best we can for a beneficial outcome for all.''

However, that would be done "bearing in mind I would doubt that the change that they're requesting at this point could be put in place in time for the coming season''.

That was due to the time a statutory process would take.

"I'm not saying it can't happen, I'm just saying it's unlikely, in my view. So, no matter what, as a community and council we need to get together and deal with this season.''