By Molly Houseman
0 Comments
The Surf to Stadium Fun Run and Walk event went ahead in Dunedin yesterday, and about 1500 people took part.

Runners begin the Surf to Stadium Fun Run and Walk event in Kettle Park, in Dunedin, yesterday. PHOTOS: CHRISTINE O’CONNOR
Large gatherings around the country were called off in response to the Covid-19 pandemic, but Surf to Stadium organiser Michael Smith, from Sport Otago, said the decision had been made to go ahead. 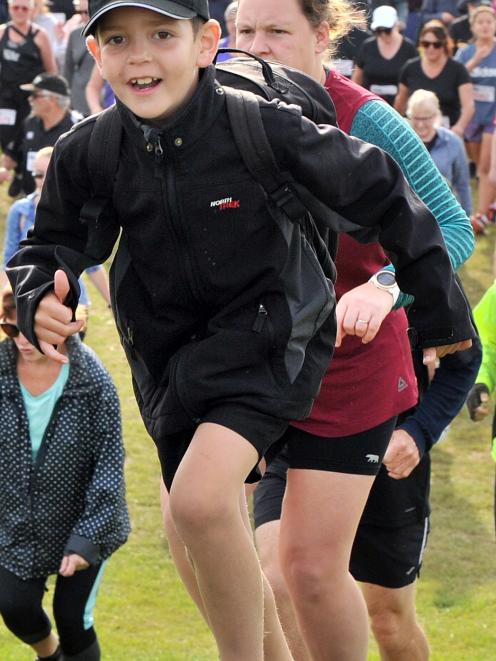 Dante Foster (7), of Dunedin, makes it up the first hurdle at Kettle Park.

Cooler temperatures did not stop spectators from cheering from the sidelines as participants ran the 10km route from St Clair to the Forsyth Barr Stadium.

One of those runners was James Buchanan, of Dunedin, who said it was his first time in a running event.

His goal had been to complete the Surf to Stadium run in under 45 minutes, which he did, as he had crossed the finish line after 40 minutes.

"I am very stoked with the result and happy to get that time ... I have put a bit of effort into it, training on Jacob’s ladder and running on the beach."

Even the superheroes Batman, the Flash and Captain America appeared to take part, as some chose to ditch traditional running attire for costumes.

Mr Smith said it has been a "really well supported day".

"It is great to still be able to do an event like this with everything that is going on."

The turnout for this year’s Surf to Stadium was an increase on the 1300 who participated last year.

Mr Smith said he had been expecting a ban on events with more than 500 people to be put in place by the Government, but the Surf to Stadium had got in before one was announced. 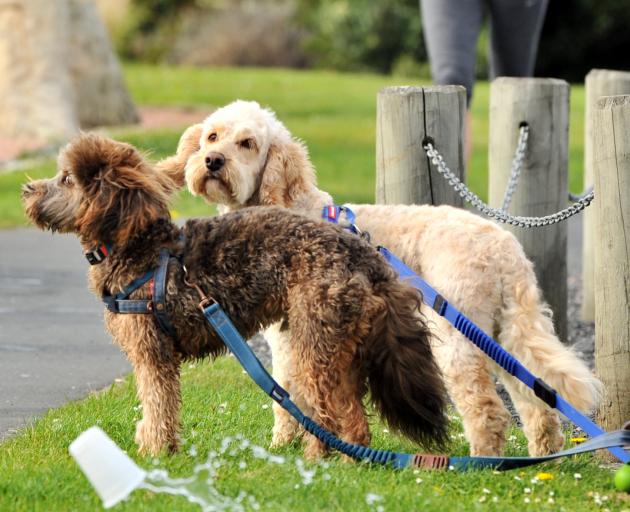 Rufus and Benson watch runners at the Molars drink station.
He said the day had been a great success and thanked all involved in the community event.
Comment now 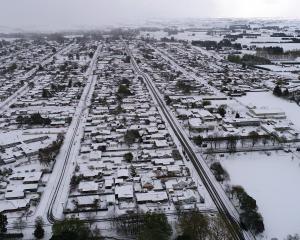