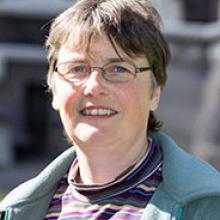 Anita Gibbs
Better funding is needed to help families struggling with foetal alcohol spectrum disorder - and the emphasis needs to be put on identifying the condition, a University of Otago specialist says.

The Government's cross-agency FASD plan to tackle the problem has previously received $1.6million from the $45million contestable Proceeds of Crime Fund, and RNZ has reported another bid for support from the fund has been put in.

Criminologist Anita Gibbs estimated the prevalence of the syndrome in New Zealand was between 2% and 5% of births.

While she was not opposed to some funding being used from the Proceeds of Crime Fund - assets and money forfeited under the Criminal Procedure Recovery Act - the funding applied for was insufficient, and using the fund as the sole source of money for the plan wrongly associated the condition with crime.

"Providing a small amount of money from the Proceeds of Crime [Fund], which is a contestable fund, will not help the vast majority of families where they are supporting someone with FASD, or those with the disability," Associate Prof Gibbs said.

"The first FASD action plan 2016-18 had $1.6million allocated to it, and three years on no specific core health or disability funding as been set aside for the next three years."

Putting money towards identifying the disability should be a priority, she said.

For instance, the two-day full assessment that was normally required to diagnose a child with FASD was not available through the Southern District Health Board, and while there were private options in the SDHB region they could cost families more than $8000, she said.

"Even if a child were to be able to fully assessed and diagnosed via SDHB then they would not necessarily be entitled to funded supports. The only way they are entitled to funding from Disability Services is if they have an ID [intellectual disability] too, with IQ less than 71."

A Ministry of Health spokeswoman said DHBs were all responsible for their own regions.

However, FASD was among the diagnoses considered when comprehensive assessments of children were carried out by Child and Youth Mental Health Services.