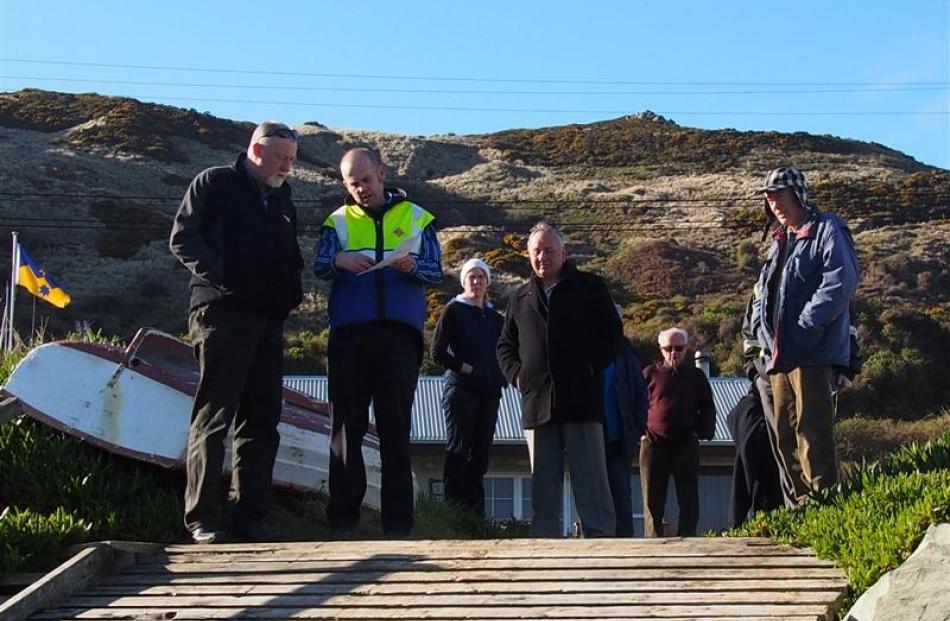 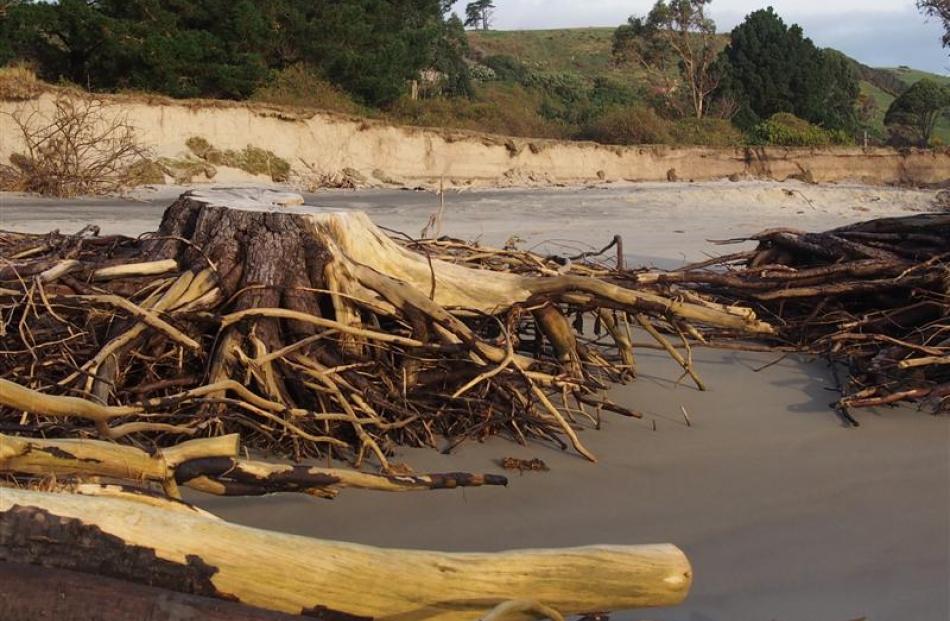 Some of the erosion which has occurred at Te Rauone beach. Photos supplied.

Te Rauone residents are banding together to raise $70,000 towards building a breakwater they hope will save their beach.

Te Rauone beach has been eroding rapidly, with residents estimating that over the past 60 years or so, about 150m had been lost from the worst-affected spot. A portion of the Te Rauone Reserve, on the Otago Peninsula, has crumbled into the sea and residents with waterfront properties have taken to stabilising their land bordering the beach with rocks and sandbags.

Residents, the Dunedin City Council and Port Otago have been discussing building a breakwater to protect the beach since 2011 but nothing has been done so far.

A resource consent application for the breakwater and sand replenishment made by Port Otago and the residents' group Te Rauone Beach Coast Care Committee was finalised in 2011. The breakwater and beach restoration will cost $430,000. Port Otago and the DCC have both promised money towards the project, and Te Rauone residents have been asked to fund $70,000 themselves.

Te Rauone Beach Coast Care Committee chairman Graeme Burns said the beach was an amenity for Dunedin locals, iwi and tourists. He wanted to see it restored so people could once again walk along it at high tide, swim and enjoy marine wildlife.

''Te Rauone was once the best beach in Dunedin. Now it is a mudflat,'' Mr Burns said. Fundraising efforts had begun around a month ago, following a community meeting about the beach which had been attended by 30 people. Residents were concerned there had been a lot of talk but no action and all the while the beach was dropping away.

As a result of the meeting, the coast care committee had undergone restructuring and set out to raise the remaining money needed for the breakwater, Mr Burns said.

The committee hoped to raise most of the money through grants and had sought expert advice on how to make successful applications.

''We have to go through certain systems that we are finding out about ourselves,'' he said.

He hoped the money would be raised by early 2015.

Any inquiries about the Te Rauone breakwater fundraising can be made to Graeme Burns on 455-7473.